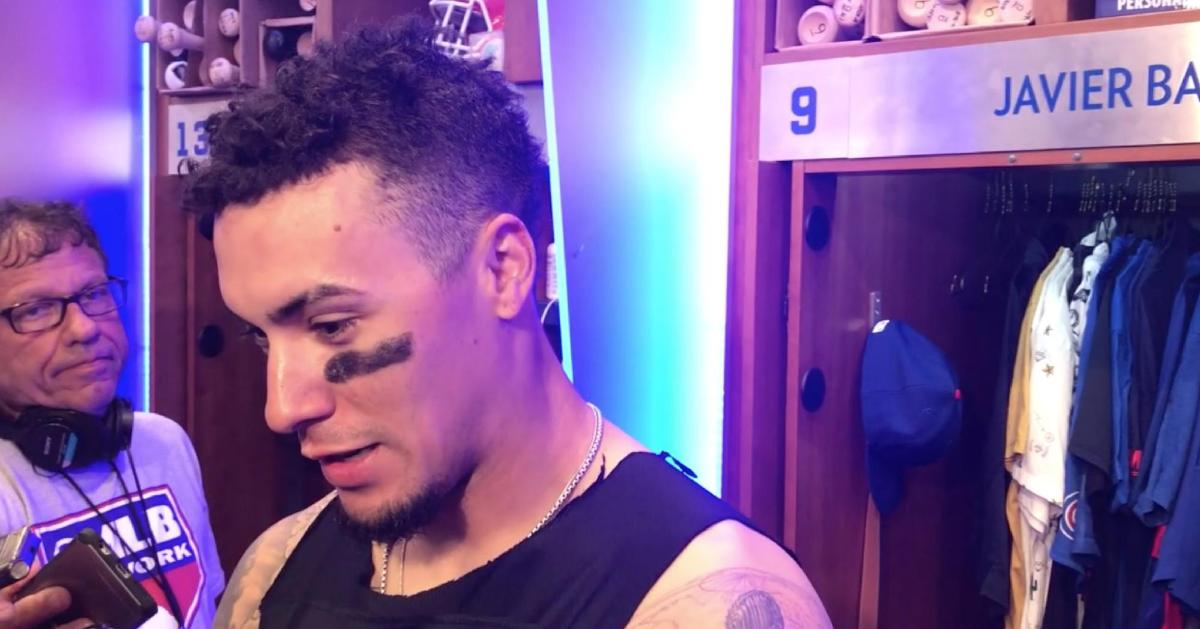 Javier Baez told the media that his behind-the-back, no-look tag was a play that he had practiced before.

CHICAGO — Chicago Cubs shortstop Javier Baez served as the centerpiece of the Cubs' winning performance on Saturday afternoon, with the superstar middle infielder going 3-for-4 and making several great plays on both offense and defense. After the Cubs pulled out a 6-5 victory at Wrigley Field over the San Diego Padres, Baez addressed the media in the locker room and discussed his well-rounded outing.

Baez came through with what proved to be the winning hit when he smashed a 3-run home run 412 feet out to left field in the bottom of the fourth, providing the Cubs with a 6-4 lead. However, the winning play was arguably the spectacular tagout pulled off by "El Mago" in the top of the ninth. Applying a no-look tag on an attempted base stealer, Baez prevented the Padres from advancing a runner into the scoring position on a play that, believe it or not, Baez revealed to have practiced before.