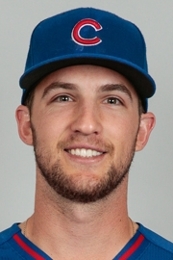 Pitcher
B I O
Selected by the New York Yankees in the fourth round of the 2012 First-Year Player Draft out of Faulkner University. ... Attended San Diego State University for two years before transferring to Faulkner... while with Class A Advanced Tampa, traded by the Yankees to the Chicago Cubs for OF Alfonso Soriano on July 26, 2013.