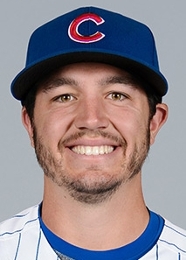 Pitcher
B I O
Signed a Major League contract with the Seattle Mariners worth a minimum of .5 million over five-years, with a .35 million signing bonus. ... Made his professional debut in 2011 in the Arizona Fall League. ... Selected by the Mariners in the first round (No. 2 overall) of the 2011 First-Year Player Draft out of the University of Virginia. ... ACC Pitcher of the Year in 2010. ... ACC Freshman of the Year, First-Team All-ACC, ACC Academic Honor Roll and All-ACC Baseball Team in 2009. ... Drafted by the Arizona Diamondbacks in the 10th round of the 2008 Draft, but did not sign.