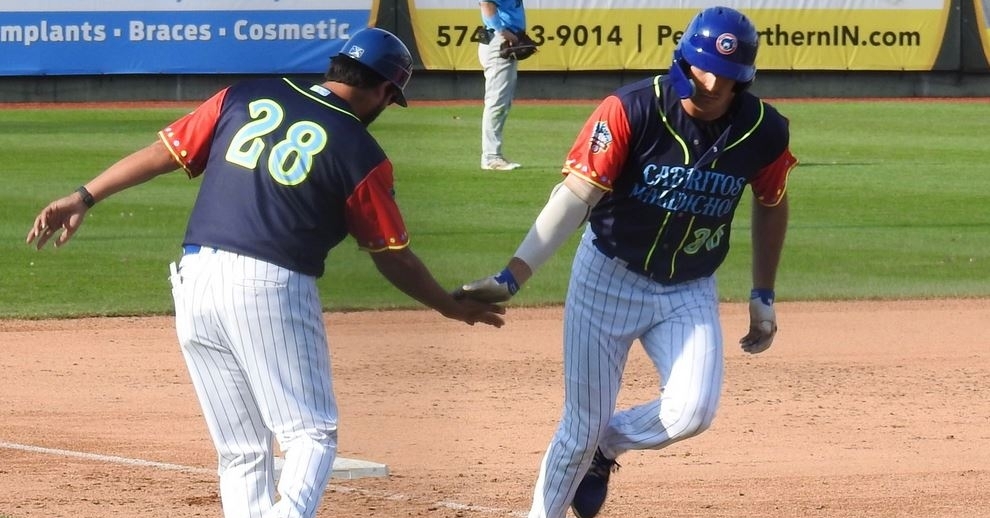 Saturday was a very good day for the entire Cubs organization. Not only did the Cubs pound the Pirates 21-0 to set a franchise record for a shutout, but you had the minor leagues deliver, also posting a 3-1 record.

That is starting to become a theme over the past week as wins are becoming more prevalent across the board. While the wins are good and all, the overall individual performances are what stand out, and the Cubs have had plenty of great performances, to say the least.

Although Iowa was the lone team that lost on Saturday, it was an important day as Alec Mills made his first appearance of the season. Nursing a back injury since spring, Mills is working towards returning to the MLB rotation and allowed three runs in three innings, but did manage to strike out five.

His outing wasn't great, but when Matt Dermody and Keven McCarthy allowed just one run over the final six innings, it made up for what he did. Unfortunately, Connor Overton was simply brilliant, giving Louisville seven innings of one-run ball to go with nine punchouts.

Although Mills gave up the three runs, he didn't pitch terrible, allowing a two-run shot to Sandy Leon in the second to put his team in a 2-0 hole. Later, one inning saw Michael De Leon add an RBI single as Mills was done after three trailing 3-0.

Hoping to get back into the game, Ilderamo Vargas took one out for his first homer of the season, pulling the Cubs within 3-1 in the fourth. That score held until the sixth when Trey Amburgey delivered the game-winning run with his homer, building the lead back to 4-1. Iowa would add sacrifice flies from Vargas and Robel Garcia later in the game, but it wasn't enough, falling 4-3. Vargas collected a pair of hits with his two RBIs joining Jared Young in the hit category.

Looking to rebound from their loss on Friday, the Smokies turned to Riley Thompson, whose great start to the season continues. Across his three innings, Thompson allowed just one hit to go with four punchouts as he handed the ball off to Peyton Remy. Not only did Remy collect the win, but he gave the Smokies five shutout innings of relief, striking out seven.

Considering how good the pitching was for the Smokies, they didn't need a ton of runs as the suddenly scorching hot Nelson Velaquez delivered the game-winning homer in the first for the 2-0 lead. Velazquez has five homers on the season to lead the organization, but four have come this week.

Although only two runs on the board, it would be plenty of offense for Tennessee as they added a pair of runs in the sixth. Nelson Maldonado doubled home the third run for Tennessee before Bryce Windham capped off the scoring with an RBI groundout. The Smokies tallied eight hits in the game, with Maldonado leading the way with three. He is now hitting a .400 on the season.

We didn't score 21 runs, but we did shutout our opponent and take the dub like dad did. #Cubs #SmokiesBaseball #CubTogether #FirstPlace pic.twitter.com/F6iTTPQJ0q

Despite falling behind 5-0 after two innings of play, you have to give the South Bend pen some credit. They did not allow a run over the games final six innings, but Manuel Espinoza set the tone giving the Cubs five near-perfect innings of work to go with six punchouts. In the ninth, he turned things over to Hunter Bigge, who locked down the save.

While the bullpen was vital, Daniel Palencia was not, as the right-hander allowed five runs in three innings of work. Three of those runs came in the first inning, with Victor Mesa Jr delivering an RBI double ahead of the Tanner Allen homer to make things 3-0. One inning later saw Nasim Nunez add an RBI double to extend the lead to 5-0 as South Bend was playing catchup early.

Not about to let that early deficit discourage them, the Cubs wasted little time battling back, pulling within 5-3 in the third. Alexander Canario put the Cubs on the board with another RBI double, followed by Matt Mervis' first homer of the season.

The long ball continued to play a massive role for South Bend, with Scott McKeon going deep for his first homer in the seventh to pull the Cubs within 5-4. One inning later saw Mervis come to the plate again as he went deep for his second time in the game as that three-run shot proved to be the difference in the 7-5 win. Mervis led the way with five RBIs, with Luis Verdugo picking up a pair of hits also.

The hottest team in the Cubs system has to be Myrtle Beach, as their winning ways continued. Porter Hodge continued his strong work this season, giving the Pelicans five scoreless innings to lower his ERA to 2.19 to record the win. Luis Rodriguez followed him up, and despite allowing one run in three innings, his ERA remains 1.17 for the season.

Although Hodge was good, Ryan Long was equally as good early as he struck out seven in four innings of work. After keeping the Pelicans off the scoreboard through three innings, the red-hot Jacob Wetzel pushed across the game's first runs with a fourth-inning double. That made things 2-0, and it would have been enough for the Pelicans to win.

Two innings later saw the Pelicans offense at it again. With the bases loaded and looking for the knockout blow, Pete Crow-Armstrong cashed in as his bases-clearing double pushed the lead to 5-0. That may have been the final run of the day for Myrtle Beach, but Delmarva could only generate an RBI single from Davis Tavarez and fell 5-1. Myrtle Beach tallied four hits, with four coming from Crow-Armstrong and James Triantos. Reggie Preciado added a hit of his own in the win.

I always feel the need to highlight these moments: Pete Crow-Armstrong was the last player off the field for the Pelicans tonight, staying to sign autographs. He even gave one young fan one of his bats. These are the moments people don’t forget. pic.twitter.com/6Auc1faB8T