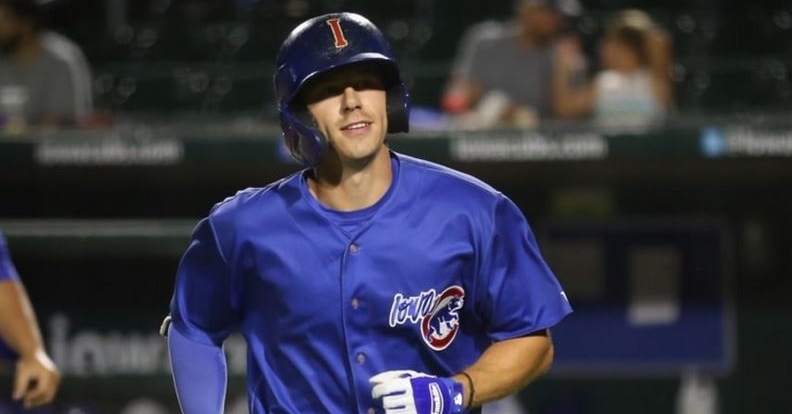 It was a long time coming, but the Chicago Cubs minor league system completed a perfect night on the diamond. Granted, it was technically not an entire organizational perfect night with Myrtle Beach getting rained out, but the other three teams in action all came away with the win.

Not only have wins come at a great clip this season, but you are starting to see player movement across the system as players are getting promoted earlier than average. This could have implications for the MLB roster as the season goes, but enjoy the ride for now.

After letting one slip away on Thursday, the Cubs were not about to let that happen again and handled their business. Matt Dermody made a rare start and looked very good, giving Iowa five innings of two-run ball to secure the win. He wasn't along as Brandon Hughes, Tony Gonsalves, and Ben Leeper combined for four scoreless innings as the Cubs rotation walked two and struck out 13.

Iowa wasted no time getting the party started as they scored in each of the first three innings. Jared Young continues his blistering power surge this season with his seventh as the Cubs grabbed a 2-0 lead in the first. Robel Garcia answered that with a solo shot in the second and then added a bases-loaded RBI walk in the third to push the Cubs lead to 4-0.

The only offense for Saint Paul came in the fourth inning when Caleb Hamilton took Dermody deep and cut the lead in half to make things 4-2. The Cubs bullpen took care of the rest, with Garcia adding a second bases-loaded walk later in the game and P.J. Higgins capping off the scoring with an RBI single.

Young led the offense with four hits, while Nelson Maldonado connected for three. After hitting north of .400 in AA, Maldonado has continued to hit in AAA and is now batting .333. Only one player in the lineup didn't record a hit. On a side note, Nelson Velazquez was promoted to Iowa and should be making his debut this weekend.

Put another one in the win column! pic.twitter.com/XdwWAREC7p

Even without their best player in Velazquez, who was promoted earlier in the day, the Smokies still have plenty of firepower and put that on display Friday. Javier Assad made the start and delivered what may have been his best showing of the season.

Assad not only gave the Smokies six innings, but allowed just two runs with one earned. He walked one and struck out nine to lower his ERA to 2.10. While Assad was doing his thing on the mound, the offense wanted to return the favor and did so by using a Darius Hill double and Bryce Ball single in the first to take a 2-0 lead.

Things continued to look up from there, with Christopher Morel delivering a solo shot in the third, followed by Yonathan Perlaza and his solo shot in the fourth to give Tennessee a 4-0 lead. It took the Barons four innings to crack Assad when Craig Dedelow picked up an RBI single, but things were still 4-1 in the Smokies favor.

Following that run, Andy Weber wanted to get in on the fun, using an RBI double to push the lead to 5-1. Despite the Smokies best efforts to pull away with Morel and Ball getting in on the homer parade, the Barons started to make noise off the Smokies pen, pushing across three runs late.

Bryce Ball with his 3rd HR of the year pic.twitter.com/GrXSyvYnkj

It wasn't enough with the Smokies taking care of business 9-5. Ball is starting to heat up, leading the offense with three hits with two RBIs. Morel, Weber, and Christian Donahue added multi-hit games, with Morel bringing home three in the win.

Led by a pair of two-run innings, South Bend was able to double Peoria to pick up another win. Daniel Palencia gave South Bend a good start across his four innings, but Manuel Espinoza's work out of the pen stands out the most. Not only did he go four innings, but four innings of one-run ball with one walk and nine punchouts. He lowered his ERA to 1.83 and turned things over to Hunter Bigge for the save.

Deuces were wild for South Bend on Friday, with the first deuces coming in the first. Already with several runners on base, Matt Mervis gave the Cubs the lead with an RBI single before the Owen Caissie RBI groundout made things 2-0.

Peoria finally solved Palencia in the fourth when Francisco Hernandez picked up an RBI single to cut the deficit in half. Two innings later, Fabian Pertuz delivered the game-winning knock as his two-run double provided the Cubs with the winning runs and extended the lead to 4-1.

A wild pitch from Espinoza in the eighth brought home the game's final run, but it didn't matter as South Bend continues to play well on this homestand. Pertuz not only had two RBIs, but he was the lone player with multiple hits for South Bend. Everyone else besides Yohendrick Pinango had hit, but Pinango reached base three times via three walks.

HIGHLIGHTS
Undefeated this week and another white-knuckler at home as we pick up a 4-2 victory over the @peoriachiefs. All 4 runs came with 2 outs ??

Here's how it all went down. pic.twitter.com/wdSVG0dmUe

The game tonight is canceled due to weather. We will have a Double Header on Sun. Gates open at 2:00 pm with a 2:30 First Pitch

Your Ticket can be exchanged for any other 2022 regular season game. Your Sun Ticket is good all day. pic.twitter.com/JW8P095HfT