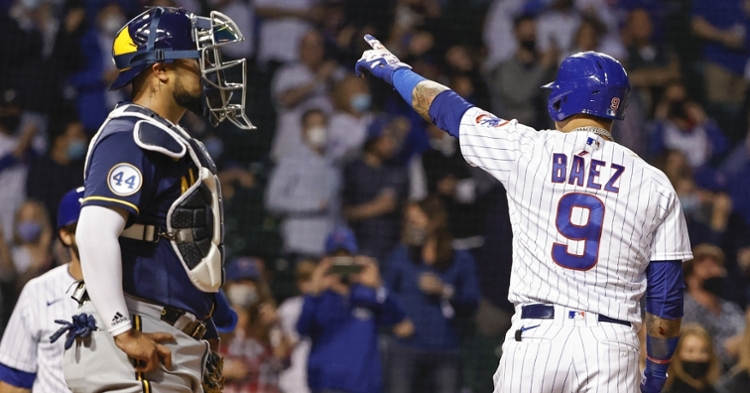 Javier Baez has been one of the biggest reasons why. A year after posting a .203 batting average and a .599 OPS in last season's shortened campaign, the 28-year old has already clubbed a team-leading 14 homers, driven in 36 runs, and accumulated a 1.7 WAR in ten fewer games than he played in 2020. However, his power numbers are back where they were during his all-star seasons of 2018-2019, and the Cubs still see the same level of WOW when he is on the bases or in the field.

Baez’s struggles in 2020 were puzzling to some. Kris Bryant’s issues last season were primarily attributed to injury, but Baez missed just one game — so health wasn’t the issue. Many suspected that Baez struggled without fans in the stands to feed off of and produce excitement. Baez himself even admitted that the lack of in-game video usage (that was restricted because of not only Covid-19 protocols but also because of the Houston Astros cheating scandal) made it difficult to make adjustments from at-bat to at-bat.

With fans in the stands, now up to 60% at Wrigley Field, and fewer restrictions on in-game video — Baez has enjoyed a strong start to the 2021 season.

The Cubs as a team needed a strong start to the season. With more than half the roster in their walk-years of contracts, getting off to a strong start could mean the difference between who stays on the team past July 31st. If the whole team is struggling with a few players having strong seasons, it’s likely those players will get dealt. However, after a rocky April, the Cubs have been playing the best ball in the National League since April 17th — and now sit in first place in the NL Central with the potential to add at the deadline rather than sell.

The Cubs' success is in part handcuffing Jed Hoyer, but that’s a good thing. The Cubs could trade a rental piece like Craig Kimbrel and gain prospect capital back — while also freeing up some money to potentially extend a player like Bryant or Baez. Many roster questions still need to be answered over the next couple of months and the offseason that follows — but what Baez’s hot start is showing is that he may not be a cheap piece to re-sign.

Much has been made of the free-agent class of shortstops set to hit the market after the 2021 season. In addition to Baez, Carlos Correa, Corey Seager, and Trevor Story are set to hit the market in a couple of months — and Francisco Lindor was too before he reset the shortstop market and signed long term with the Mets for 341 million before this season — after young phenom, Fernando Tatis Jr. signed for 340 million with the Padres.

While it would be ridiculous to think Baez could take in a contract of 340 million as he enters his age 29 season — he does have much better numbers than the 27-year old switch hitter who is batting .198 with four home runs in his first season with the Mets.

In fact, Baez’ over.800 OPS leads all potential shortstops hitting the market, and his 14 home runs lead all shortstops in the MLB except for Fernando Tatis Jr., and he leads all shortstops in runs batted in. And you would be hard-pressed to find a shortstop with a better glove, better arm, or one who runs the bases better than El Mago.

Even more impressive for Baez is the way he has performed when up against these other great shortstops. In games against Tatis Jr. and the Padres, Lindor and the Mets and Seager and the Dodgers, Baez has five home runs, a double and 12 RBI — and a 9-0 record to show for it.

With a nickname like El Mago, which translates in English to 'The Magician,' it’s clear that Baez is a showman. But this season, with all eyes on him as he approaches a potential extension or free agency, he is showing the entire league that it will not be a cheap price to attain his services.