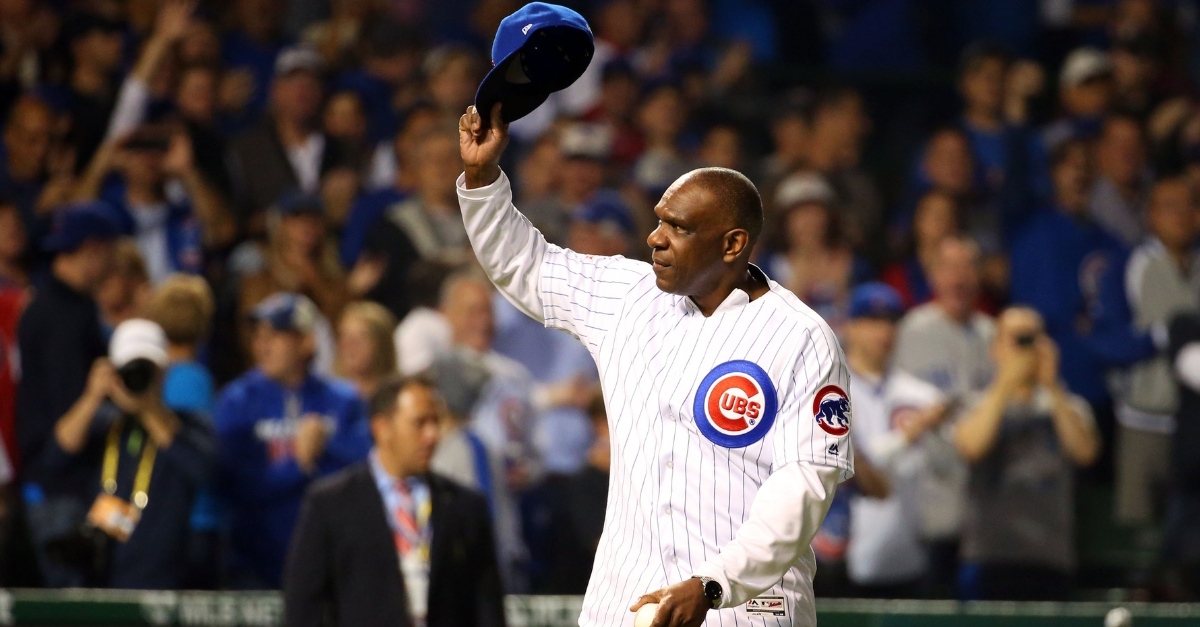 'The Hawk' receives a prestigious award.

The MLB Players Association announced on Thursday that Cubs legend Andre Dawson had been named the first-ever winner of the Curt Flood Award.

The award is given to a former player who "demonstrated a selfless, longtime devotion to the players’ association and advancement of players’ rights.”

Dawson was humbled that he won the award that is named after someone he looked up to.

"I look at this honor, and it’s, it’s pristine in a sense, and it’s an accolade that I put up there with anything that I’ve ever achieved in this game because of what it represents and the player that it’s named after,” Dawson said in the following video. “Thank you very much to each and all of the players for nominating me, Andre Dawson, for the very first Curt Flood Award.”

"It was an honor to get to know Andre Dawson over the years," he said via social media. "This award is well deserved as he did so much to continue the legacy of Curt Flood. His selfless integrity inspired so many players to fight for a fair system."

MLB Players have voted to honor Hall of Famer Andre Dawson as the first ever recipient of The Curt Flood Award for his selflessness and longtime devotion to the Players Association and advancement of Players’ rights.

Thank you and congratulations, Andre! pic.twitter.com/S00DYfbUro