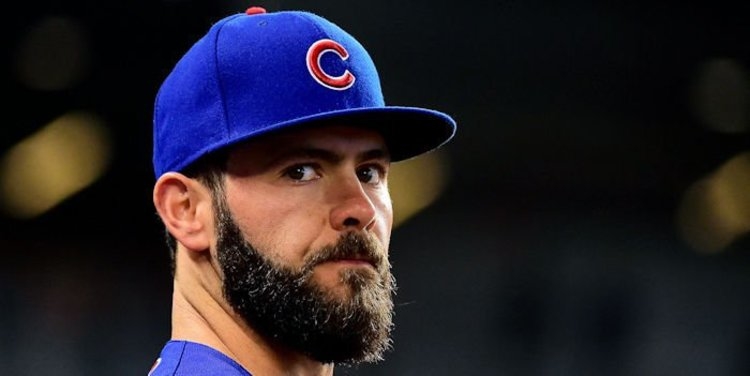 Chicago Cubs starting pitcher Jake Arrieta is one of the top veteran pitchers in the National League and he has an old-school message for young bat-flippers that think it's cool to show up an opposing pitcher after a home run.

"If it’s a guy like Bautista, then you got to tip your cap, Arrieta said during an interview with ESPN 1000. "Certain guys have earned the right to do that. It’s something that I think the fans enjoy,” said Arrieta. "It just shows some enthusiasm. In big spots like that, there’s so much on the line and sometimes it’s nice to see guys lay loose and let that excitement really show."

However, Arrieta doesn't really think young players should do it at the major league level.

"If he's a veteran and he's earned it, no problem," Arrieta said. "If he's a young guy he might wear next one in the ribs."

So there you go. Arrieta is not a fan of young major leaguers bat-flipping but is fine if you have paid your dues as a veteran player. I guess I am of the thought process if Arrieta doesn't like it, don't let them hit homers off of you. Arrieta gave up 16 homers during the season and three during the postseason. If you flipped your bat at Arrieta, he more than likely still remembers.

Arrieta on a player bat flipping him after a HR. "If he's a vet + earned it no prob. If he's a young guy he might wear next one in the ribs"