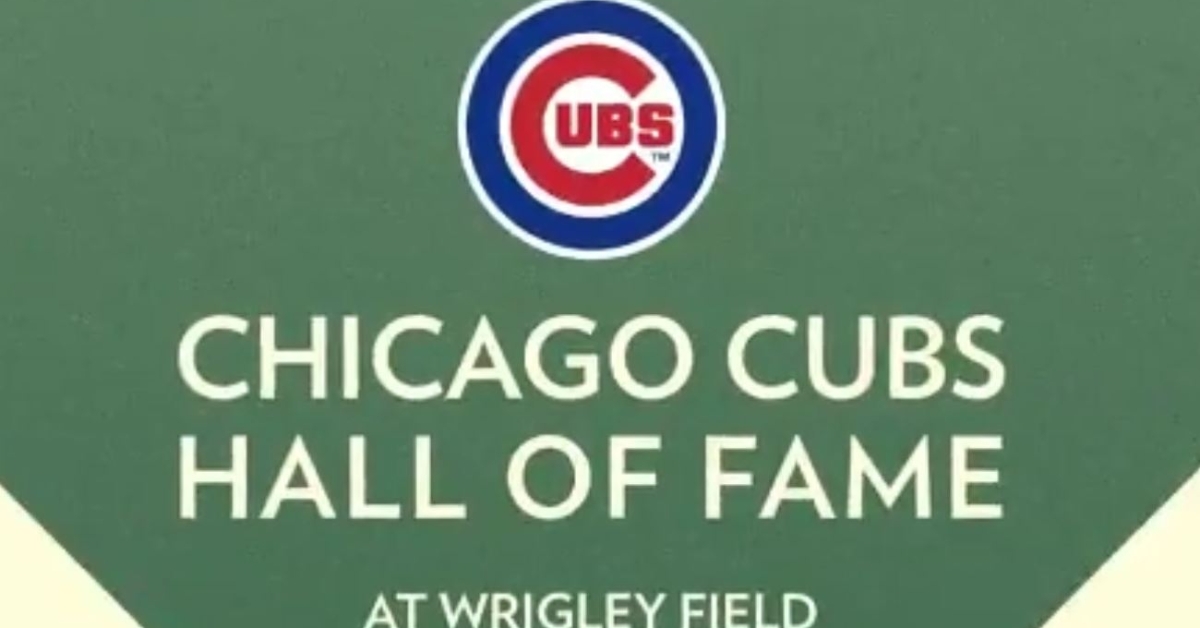 CHICAGO – The Chicago Cubs will host the Wrigley Field Rededication event Thursday, August 19, at Gallagher Way to commemorate the completion of the 1060 Project, the historic restoration and expansion of the century-old ballpark, and salute all of those who contributed to the massive undertaking from artisans and laborers to neighbors, partners, Cubs front office associates and the Ricketts family. At the Wrigley Field Rededication event, the Cubs will unveil a new plaque that celebrates Wrigley Field’s official designation as a National Historic Landmark, debut a new Chicago Cubs Hall of Fame and preview the “Saving Wrigley Field” documentary created by Cubs Productions.

“Honoring those who came before us and those who will come after us is critical to respecting the rich history and tradition of the Chicago Cubs,” said Cubs President of Business Operations Crane Kenney.

Located in the Left Field Budweiser Bleacher concourse, the Chicago Cubs Hall of Fame will evolve over the years with new inductees continuously added. In order to be inducted into the Chicago Cubs Hall of Fame, the individuals must meet the set criteria established by the Cubs organization which includes either being a Cub for five or more years or making a significant contribution to the Cubs organization through service or time.

“It was an honor to work alongside the Cubs to formalize the approach to how the team bestows recognition upon those who have contributed to the rich history of the ball club,” said Cubs historian Ed Hartig who assisted with the creation of the Chicago Cubs Hall of Fame. “Over the years, there have been a number of ways ownership has chosen to celebrate achievements both on and off the field, and with the new Cubs Hall of Fame, we embrace these tributes and chart the course for the future.”

For their dedication to Cubs baseball, both on and off the field, 56 inductees will now be forever immortalized inside our historic ballpark.

Learn more about the Chicago Cubs Hall of Fame at https://t.co/y6P26kx6VT. pic.twitter.com/EdJna8OhDF

After the unveiling of the Chicago Cubs Hall of Fame at the Wrigley Field Rededication event, the night will conclude with the premiere of a new documentary created by Cubs Productions that details the multiyear restoration and expansion of the Friendly Confines, designed to preserve the ballpark for future generations to come. The documentary titled “Saving Wrigley Field” will premiere at the Friendly Confines with Cubs Season Ticket Holders and seasonal associates in attendance and will air post-event on the Cubs YouTube channel and Marquee Sports Network.

“‘Saving Wrigley Field’ tells the unique story of what the Cubs organization experienced over more than a decade in making the emotional versus rational decision to restore the ballpark,” said Cubs Vice President of Marketing Lauren Fritts. “The documentary highlights the opposition the organization faced in saving the Friendly Confines and how it prevailed in restoring Wrigley Field for the next generation of Cubs fans.”