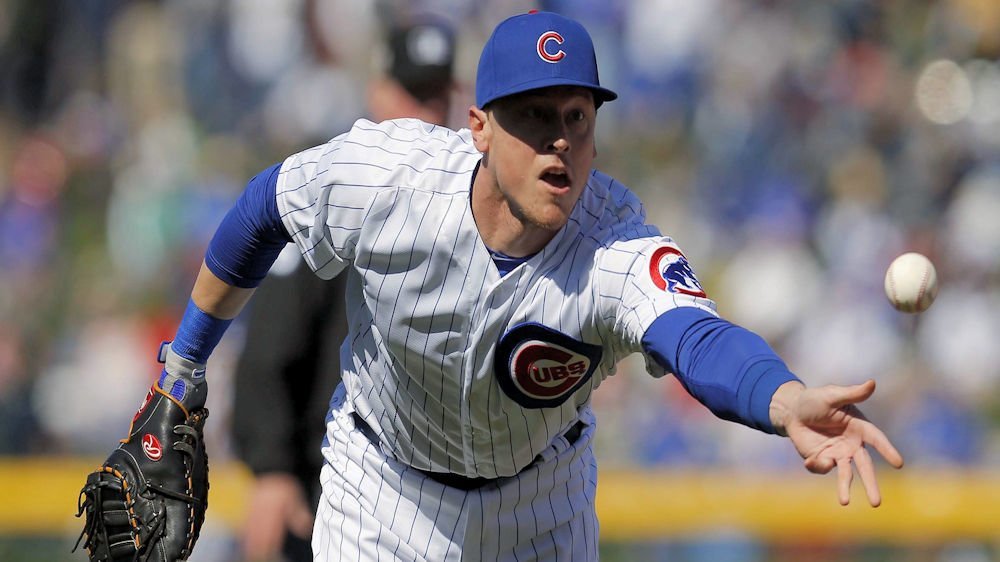 HOUSTON – The Chicago Cubs today selected the contract of infielder/outfielder Jim Adduci from Triple-A Iowa. To make room on the 25-man roster, left-handed pitcher Tim Collins was optioned to Triple-A following yesterday’s game. Adduci, who will wear uniform number 33, will be available for the Cubs this afternoon when they begin their three-game series at the Houston Astros.

Jim Adduci has been swinging a hot bat lately for the @IowaCubs. Hit .429 (12-for-28) with three homers and 11 RBI in his last eight games, including a six-RBI game yesterday at New Orleans. #Cubs

Jim Adduci is headed to the show! The first baseman went 3-for-6 with one double, one home run and six RBI yesterday before he was selected by the @Cubs today. pic.twitter.com/CpyTRTEgmb