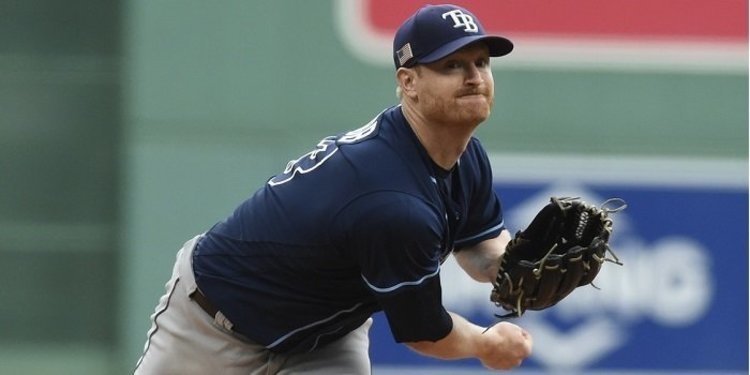 It is no secret that the Chicago Cubs showed their age on the mound this year, with the wizened rotation experiencing its ups and downs. Not helping matters were the early-season injury struggles of Kyle Hendricks, the lone whippersnapper of the starting unit for Chicago.

Now, with John Lackey over the proverbial hill and ace Jake Arrieta facing free agency, the Cubs should be in the market for one or two quality starting pitchers this offseason. Of course, the pricey lineup that the Cubs boast will assuredly result in Cubs management searching high and low for bargains on the pitching market, and one such steal could come in the form of Alex Cobb.

Having played his entire seven-year career with the Tampa Bay Rays, Cobb is entering free agency. Coming off of a decent 12-10 campaign, Cobb performed well in the latter half of the season to shake off a troublesome start to the year.

At one time in his career, Cobb appeared well on his way to becoming a certified ace, but, due to severe injury woes, including being struck in the head with a line drive in 2013 and undergoing Tommy John surgery in 2015, Cobb never quite panned out to be a stud while in Tampa Bay.

However, Cobb, who recently turned 30, could be on the verge of revitalizing his career, and, evidently, he would love to have the opportunity do so as a Cub.

When speaking on MLB Network Radio yesterday, Cobb talked up the idea of potentially signing with the Cubs, saying, "Obviously, if we move down the line and we’re able to have some discussions with (the Cubs), I’d be very honored to be able to talk with them and hopefully come to a deal.”

Having previously played under current Cubs and former Rays manager Joe Maddon, as well as former Rays pitching coach Jim Hickey, who recently took a similar position with the Cubs, Cobb could potentially thrive under Maddon's guidance once again. And a resurgent Cobb could be just the type of player needed to help salvage an aging Cubs rotation.

Would Alex Cobb be interested in a Joe Maddon/Jim Hickey reunion with the #Cubs? We asked him#Rays pic.twitter.com/8bubj6Z5l8