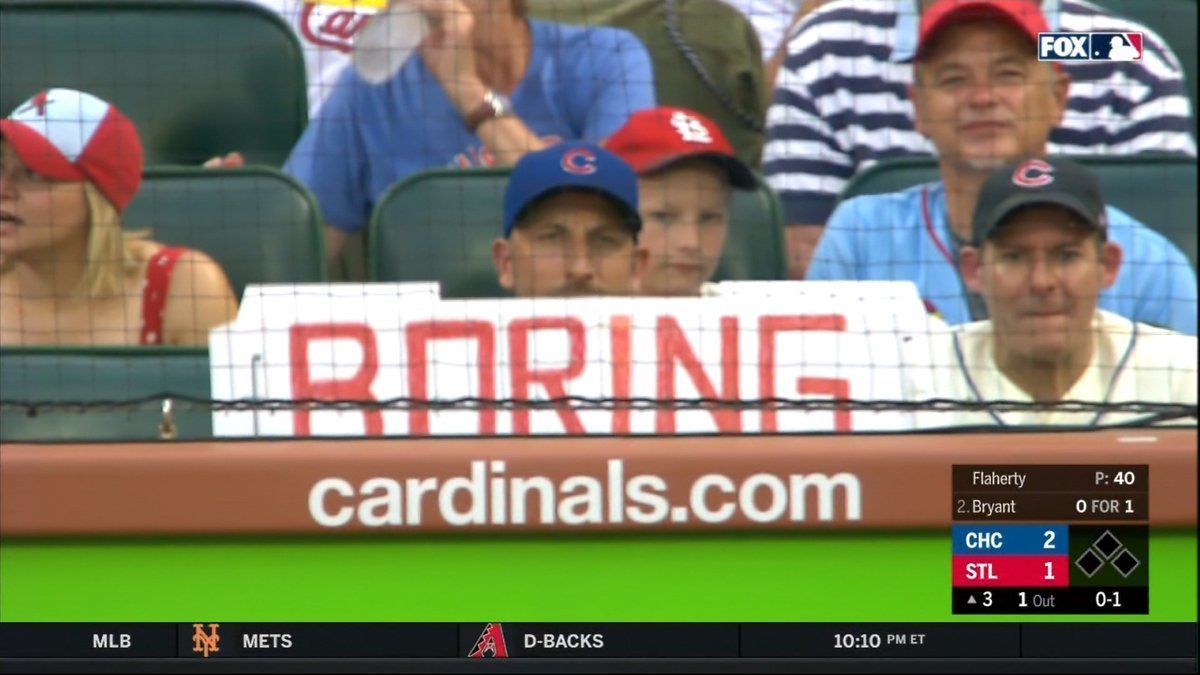 Kris Bryant received some fan support for his remarks about the city of St. Louis being boring. (Credit: Steve Mitchell-USA TODAY Sports)

Defending Chicago Cubs third baseman Kris Bryant's honor, a Cubs fan in attendance at Busch Stadium on Saturday night for the Cubs' matchup with the St. Louis Cardinals held up a homemade sign with nothing more than the word "BORING" on it. The capital letters were fitting, as the city of St. Louis that Bryant infamously referred to as "boring" in the offseason became especially boring when a rain delay commenced midway through the fifth inning.

Bryant was heavily booed in each of his plate appearances in the series up to that point, with Cardinals fans not letting him live down his remarks. One Cubs fan was brave enough to back Bryant up during the rain delay by proudly brandishing the sign while sitting in his front-row seat. Although the city of St. Louis is certainly not to blame for bad weather delaying a baseball game, the dullness of the rain delay helped to somewhat reinforce Bryant's point.

Some rain delay entertainment for #Cubs faithful: Looks like @KrisBryant_23 isn't the only person who thinks St. Louis is boring ?? pic.twitter.com/uKCWamDDHF