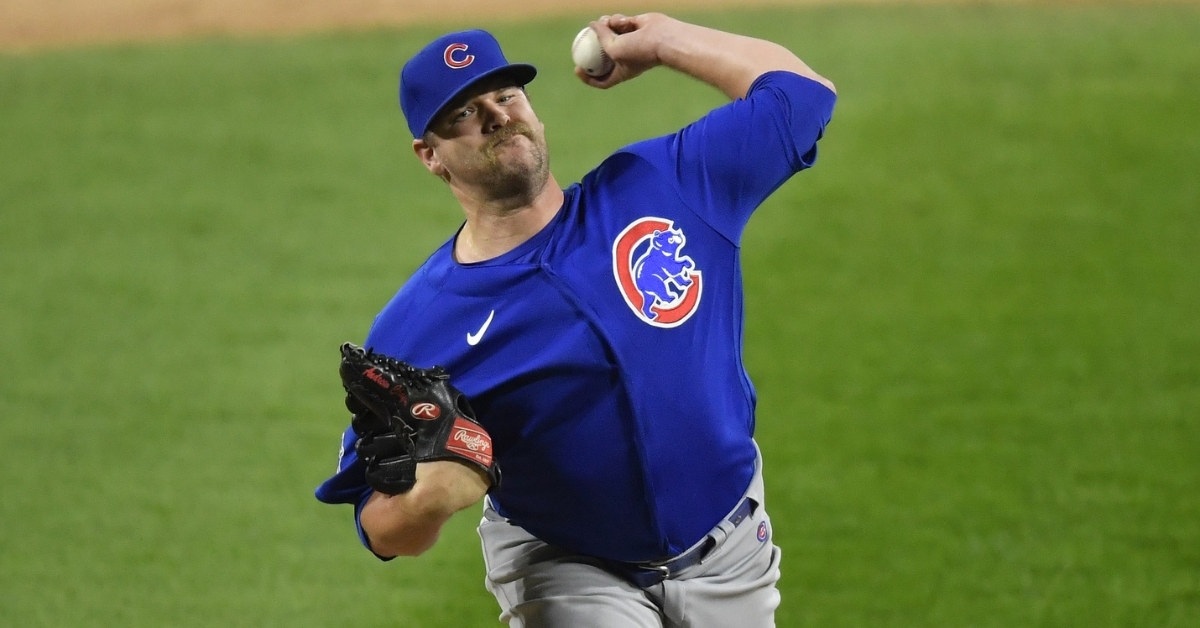 Chafin was injured most of 2020 (Quinn Harris - USA Today Sports)

A familiar face will be back pitching in Wrigley in 2021.

The Chicago Cubs have re-signed lefty reliever Andrew Chafin to a one-year deal worth $2.75 million, according to multiple reports.

The deal also includes a mutual option for $5.25 million with a 500K buyout. He can also earn up to $500,000 in performance bonuses for the next two seasons based on games pitched.

A successful physical is still needed before the team will announce this re-signing.

Chafin wasn't healthy last season with a left finger sprain for most of the season so the Cubs are probably very excited for him to be throwing max innings in the bullpen this year alongside fellow lefties Brad Wieck and Kyle Ryan.

The Arizona Diamondbacks drafted him in the first round with the 43rd overall pick in the 2011 MLB Amateur Draft.

With this signing, the Cubs roster is now at 40 players.