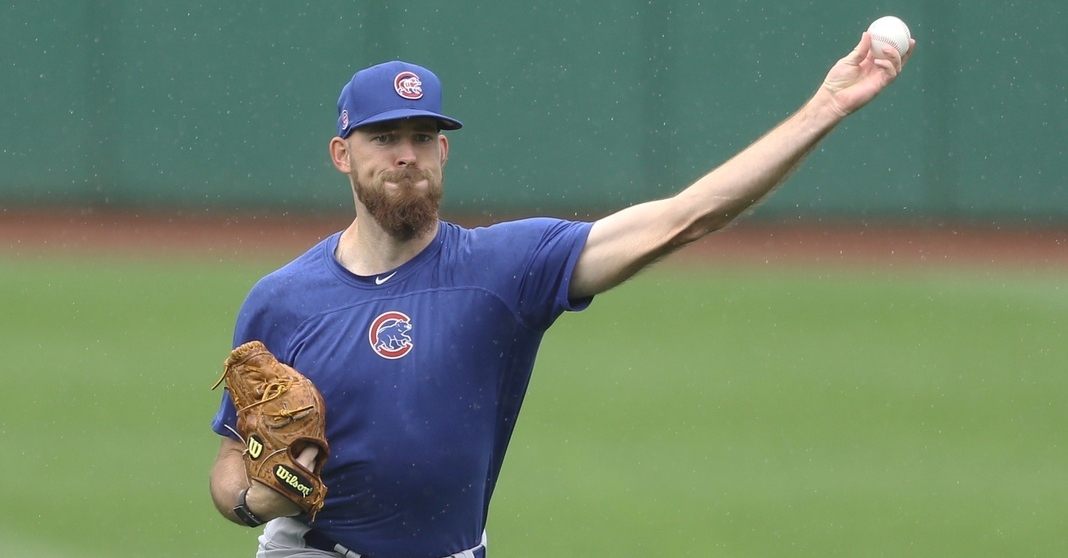 The Cubs sent down lefty reliever Kyle Ryan, who has appeared in two games out of the bullpen this season. (Credit: Charles LeClaire-USA TODAY Sports)

Thompson, 26, will make his major league debut with his first appearance after spending the first month of the season at the South Bend Alternate Training Site. The righthander went 0-1 with a 9.00 ERA (5 ER/5.0 IP) with one walk and five strikeouts in four games (one start) in Cactus League play this year. Thompson spent the entire 2020 season at the club’s South Bend Alternate Site.

Ryan, 29, has appeared in two games across two stints for Chicago this season. The lefthander has not allowed a run in 2.2 innings pitched, along with three hits, a walk, and two strikeouts.