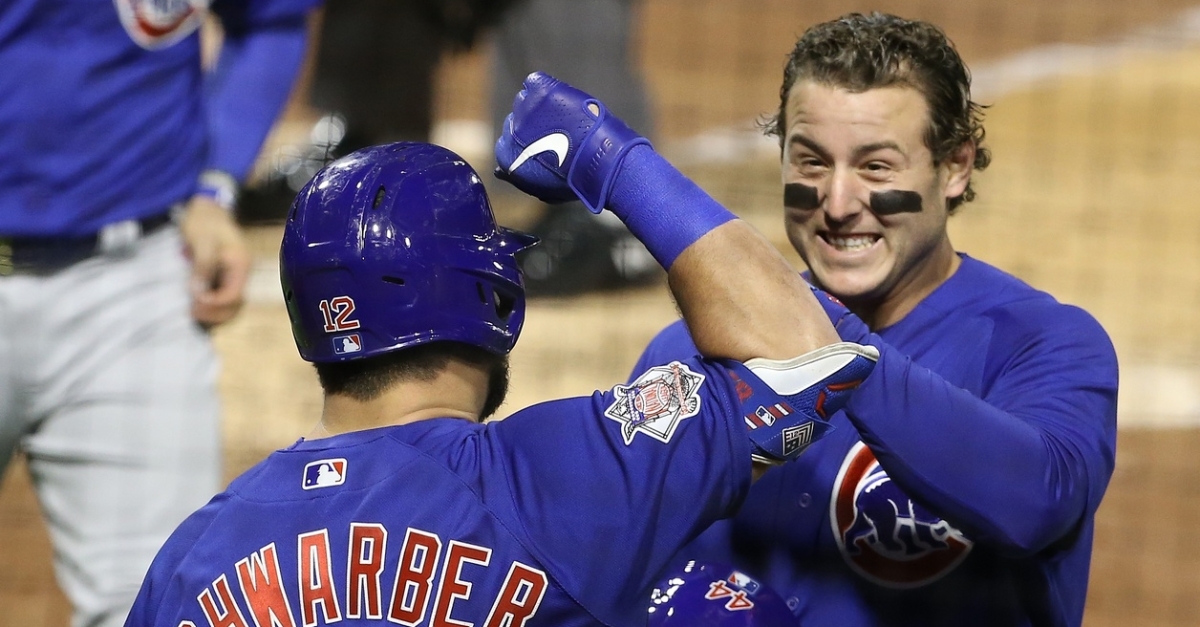 There is still a chance for a Cubs reunion.

The Cubs are showing interest in former Cubs outfielder Kyle Schwarber and first baseman Anthony Rizzo according to multiple reports.

NBC Chicago's David Kaplan reported that the Cubs are one of several teams "in hot pursuit" of Schwarber.

"Former Cubs star Kyle Schwarber has emerged as one of the hottest free agents still available and has several teams in hot pursuit, including the Jays, Red Sox, and Cubs," Kaplan tweeted. "He will not come cheap. Cubs are in on multiple outfielders."

With the new DH rules in the National League, Schwarber makes a lot of sense for the Cubs to fill that role and have flexibility in the outfield and at first base.

On the Rizzo rumor front, Mike Rodriguez of Univision reports that the Cubs might be in contact tonight with Anthony Rizzo and his agents.

Will either former fan favorite come back to Chicago? I am not sure, but it should be fascinating to follow free agency in the next few days.