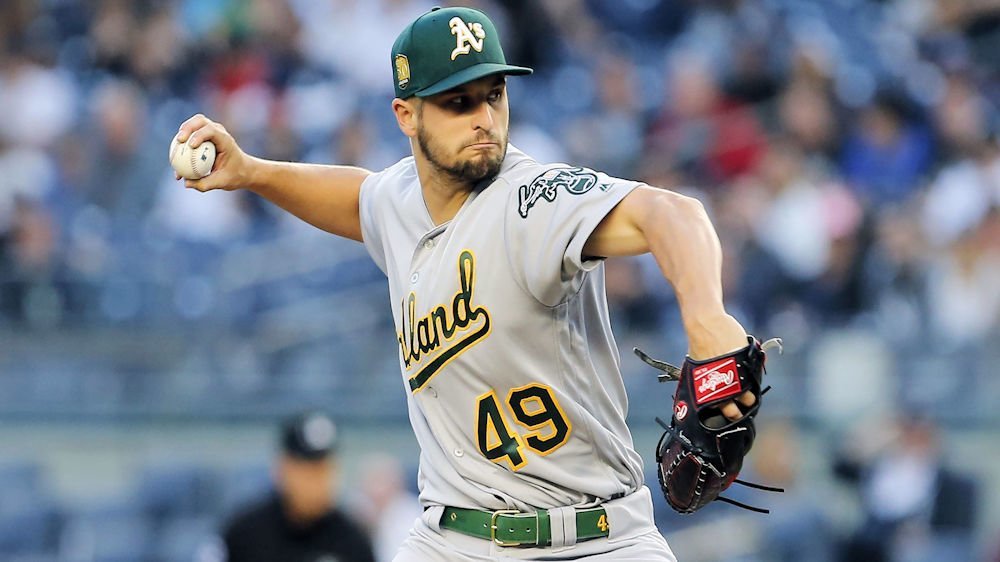 The Chicago Cubs needed more pitching and made some strides on Saturday as they reportedly have reached an agreement with right-handed free agent pitcher Kendall Graveman on a major league deal worth $575,000 in 2019. If he is active for at least a single day during the season, his contract escalates to two million.

There are also a few performance bonuses that can earn him an additional $500,000.

The Cubs will have a $3 million club option in 2020 with no buyout.

Graveman is currently rehabbing a Tommy John injury and will not be available for Opening Day 2019 and probably could return by September. If all goes well, he can help them down the stretch or be a No. 5 type starter in 2020.

The 28-year old's signing with the Cubs is similar to the Drew Smyly contract where the Cubs acquired a potential starter on the cheap. He is another low-risk, low-cost pitcher that could help them down the line. Smyly was traded to the Rangers in November to make salary room for Cole Hamels.

Graveman has 78 career starts (23-29), and five relief appearances with a 4.38 ERA with the Oakland A's the last four seasons.

Kendall Graveman is going to the Cubs. Good bounce back candidate.