In the 15th round, the Cubs selected Jacksonville University’s Zach Bryant, who today is celebrating his 21st birthday. Bryant was named to the All-Atlantic Sun second team this season after recording a team-high 12 saves in 28 outings.

In the 25th round, the Cubs selected outfielder Zac Taylor out of the University of Illinois. Selected to the All-Big Ten first team, Taylor is a native of nearby Downers Grove, Illinois and attended Downers Grove High School. The Cubs grabbed another Illinois product in the 33rd round, selecting shortstop Ryan Ritter out of Lincoln-Way East High School in Frankfort, Illinois.

Here is a look at Chicago’s 40 selections from the 2019 First-Year Player Draft: 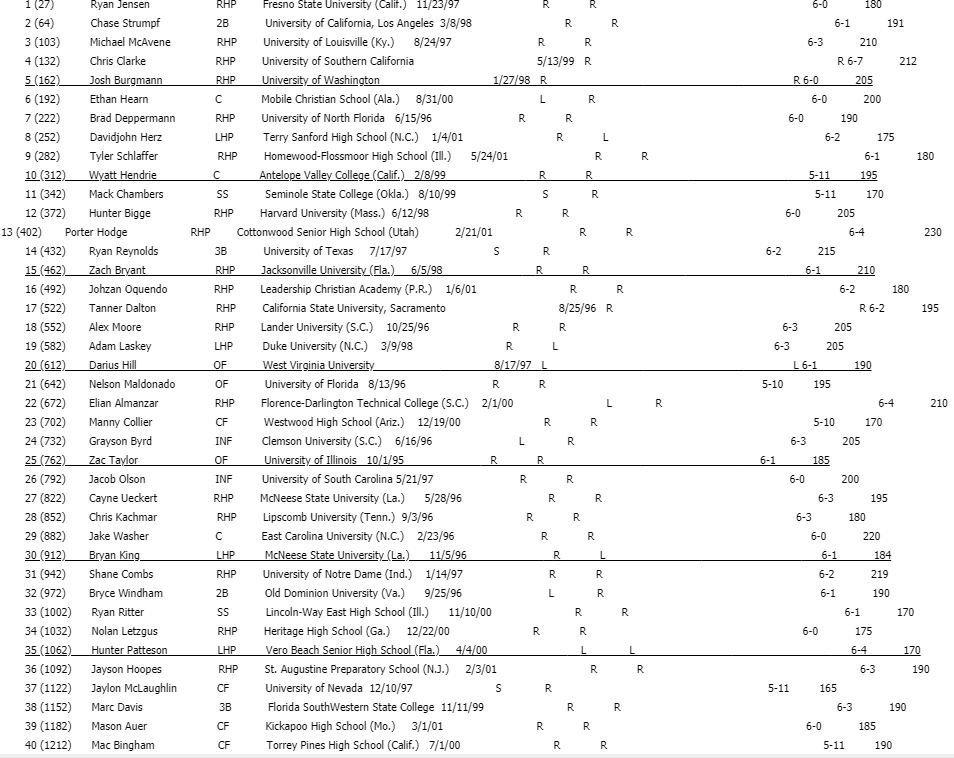