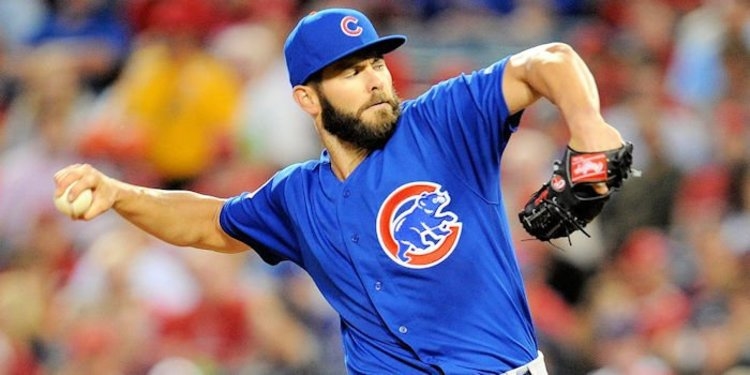 The Chicago Cubs announced on Thursday that veteran pitcher Jake Arrieta will jump Jon Lester's turn and pitch Sunday in Milwaukee on normal rest. All of this changed because of the postponement of Wednesday's game against the St. Louis Cardinals.

This will result in Jon Lester pitching the long-awaited Cubs home opener on Monday at Wrigley Field, John Lackey on April 12 and Brett Anderson on April 13 to get two lefties pitching against the Los Angeles Dodgers. It should be a smart move by manager Joe Maddon because the Dodgers have not had as much success against lefties in the past year.

“The off-days always help,” Cubs manager Joe Maddon said to reporters on Thursday. “Without the off-days, we couldn’t have done it. But we’re going it based on handedness. Milwaukee is predominantly right-handed, and the Dodgers are predominantly left-handed. It was just right in front of us, so we decided to do it.”

Arrieta pitched an impressive game against the Cardinals on Tuesday night giving no earned runs on four hits in six innings.

Before we jump ahead to the next two series, the Cubs will play their rival St. Louis Cardinals at Busch Stadium, St. Louis, MO at 12:45 p.m. CDT on Thursday afternoon on CSN Chicago and MLB Network.