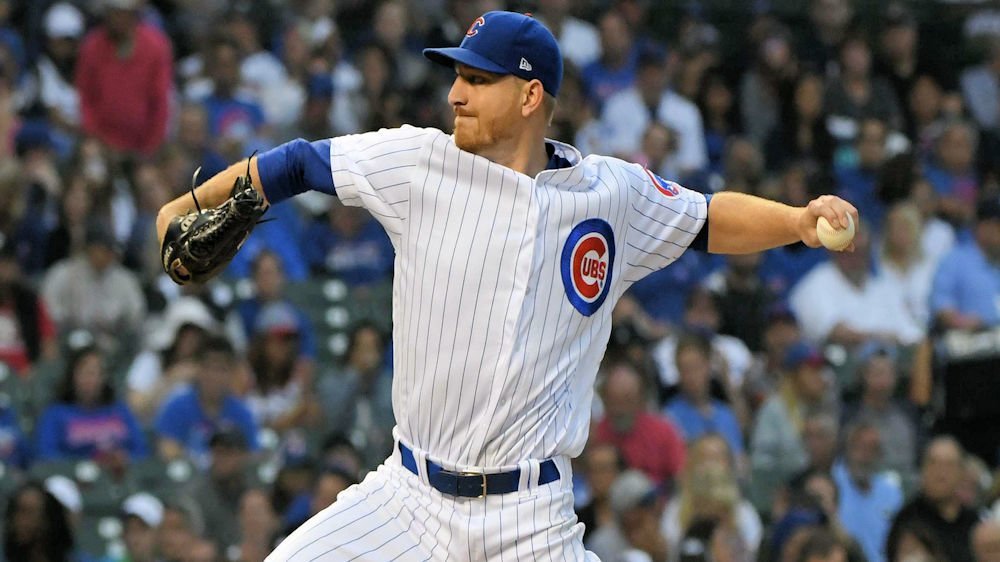 Left-handed reliever Mike Montgomery was traded by the Cubs, who were in need of a catcher. (Credit: Matt Marton-USA TODAY Sports)

CHICAGO — Bringing an end to the Chicago Cubs tenure of pitcher Mike Montgomery, the Cubs traded the left-handed reliever following Monday night's game against the Cincinnati Reds. Cubs President of Baseball Operations Theo Epstein held a press conference after the contest in order to announce that the Cubs had sent Montgomery to the Kansas City Royals in return for veteran catcher Martin Maldonado.

Montgomery, an occasional starter who was most effective out of the Cubs' bullpen as a middle reliever, was dealt for Maldonado due to a foot strain suffered by Cubs starting catcher Willson Contreras. Epstein revealed that Contreras was set to be placed on the 10-day injured list because of the foot injury, which would have left the Cubs with only one catcher on their active roster in Victor Caratini.

Maldonado, 32, is currently in his ninth MLB season and was serving as the starting catcher for the Royals because of a preseason injury suffered by regular Royals starting backstop Salvador Perez. Maldonado, who won a Gold Glove Award with the Los Angeles Angels in 2017, is batting .227 with six home runs and 17 RBI this year. As for Contreras, Epstein stated that the expectation is for him to miss only the requisite 10 days after landing on the injured list.

Theo Epstein announces the Cubs have acquired catcher Martin Maldonado from the Royals for pitcher Mike Montgomery. All-Star catcher Willson Contreras (foot strain) will be placed on the injured list.