One of the biggest trade rumors is that Cubs third baseman Kris Bryant might be moved before the start of the 2021 season.

The Washington Post is reporting that the Nationals are currently 'exploring a trade' for Bryant.

"As a result, the Nationals are again exploring a trade with the Chicago Cubs for Bryant, according to two people with knowledge of their plans," said Jesse Dougherty of the Washington Post. "The interest, first reported by MLB Network, indicates Washington could use third base to address a larger need for a middle-of-the-order bat …. [T]he 2020 season, despite being only 60 games long, made it clear that the offense needs more. That’s where Bryant makes a lot of sense."

Dougherty believes it makes a lot of sense since David Martinez is the Cubs' former bench coach, so there is a nice fit in the clubhouse, and a lineup fit behind star slugger Juan Soto.

"For starters, he is a former MVP entering his final season with a club that could lose him in free agency next winter and get nothing in return," he said. "For the Nationals specifically, Bryant played under Dave Martinez when he was bench coach for the Cubs; Bryant could shift to a corner outfield spot if the Nationals want to give Kieboom another shot at third; and getting Bryant now, for less than it would have taken in 2019, would still give them almost a year of being the only team that can negotiate a long-term deal with him. Bryant is a right-handed hitter who profiles well in front of or behind the left-handed Juan Soto. And, maybe most importantly, he would make Washington markedly better in the last guaranteed season of having Max Scherzer, Stephen Strasburg and Patrick Corbin atop the rotation."

This should be an interesting offseason for the Cubs as they are likely going to listen to most offers they get on their veteran players including Bryant. 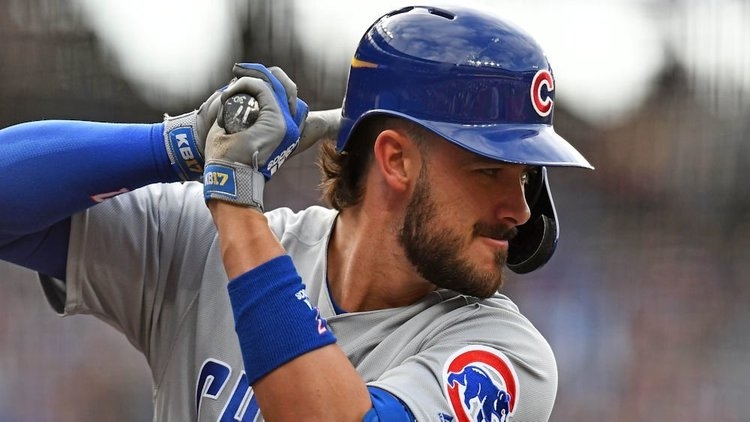