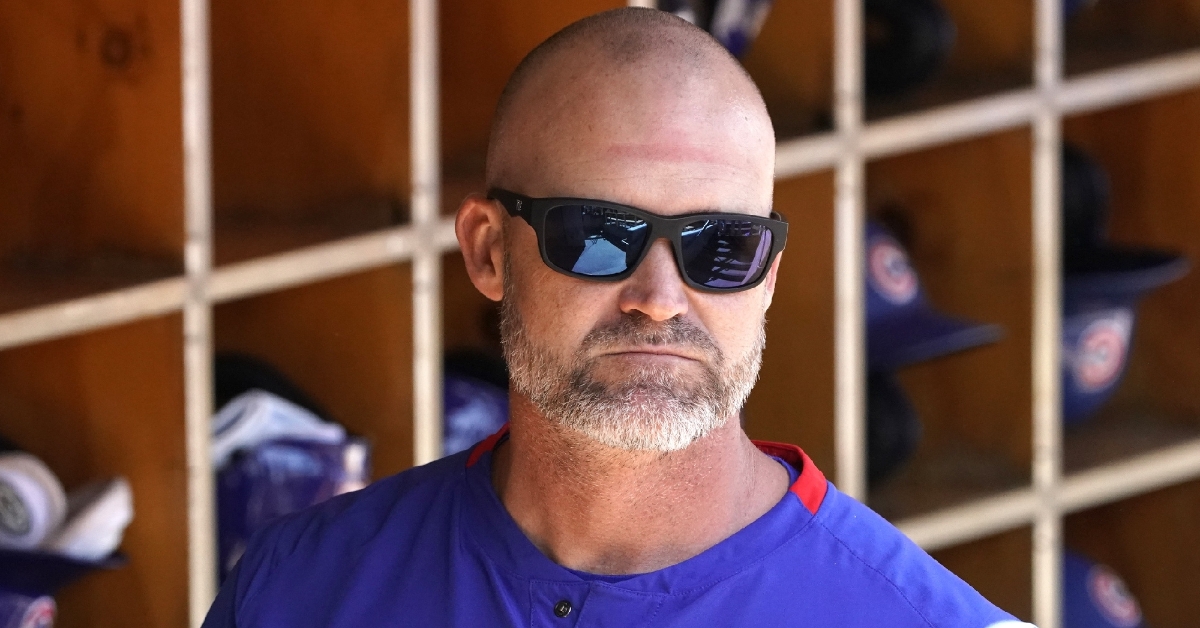 Cubs manager David Ross blew off some steam in the weight room after getting ejected for the first time as a skipper. (Credit: Rick Scuteri-USA TODAY Sports)

CHICAGO — Appearing on 670 The Score's Laurence Holmes Show on Tuesday, Chicago Cubs manager David Ross discussed his first managerial ejection, which took place in the Cubs' heated clash with the Cincinnati Redst on Saturday night. Ross was ejected in the fourth inning after confronting the home plate umpire over a pitch that sailed over Cubs first baseman Anthony Rizzo's head.

"He was tired of talking to me, so he threw me out," Rizzo said of umpire Nic Lentz, who did not hesitate to toss Ross after also throwing Cubs catching coach Mike Borzello out for barking at him from the dugout.

The controversy stemmed from Lentz not warning the Reds after pitcher Tejay Antone hurled a pitch that sailed over Rizzo's head after Rizzo had experienced plenty of success at the plate earlier in the doubleheader. Ross was asked by Holmes about what he did after getting ejected with over half of the game remaining, and Ross' answer drew some on-air laughs.

"I went to the weight room, and I just had to get out some frustration," Ross said while chuckling. "It's probably the best workout I've had in about a year. I had a couple cocktails and was throwing some weights around."

Ross revealed that he felt helpless watching the game on television, which is perhaps what drove him to drink, and said that he made sure that his coaching staff had everything planned out and under control before he headed out of the dugout and to the weight room. The first-year skipper assuredly has many managerial ejections ahead of him, but, for what it is worth, his first one led to a pretty hilarious anecdote.

Listen to Ross' full answer below:

What did David Ross do after the first ejection of his managerial career?

Ross: “I went to the weight room ... I had a couple cocktails and was throwing some weights around.”