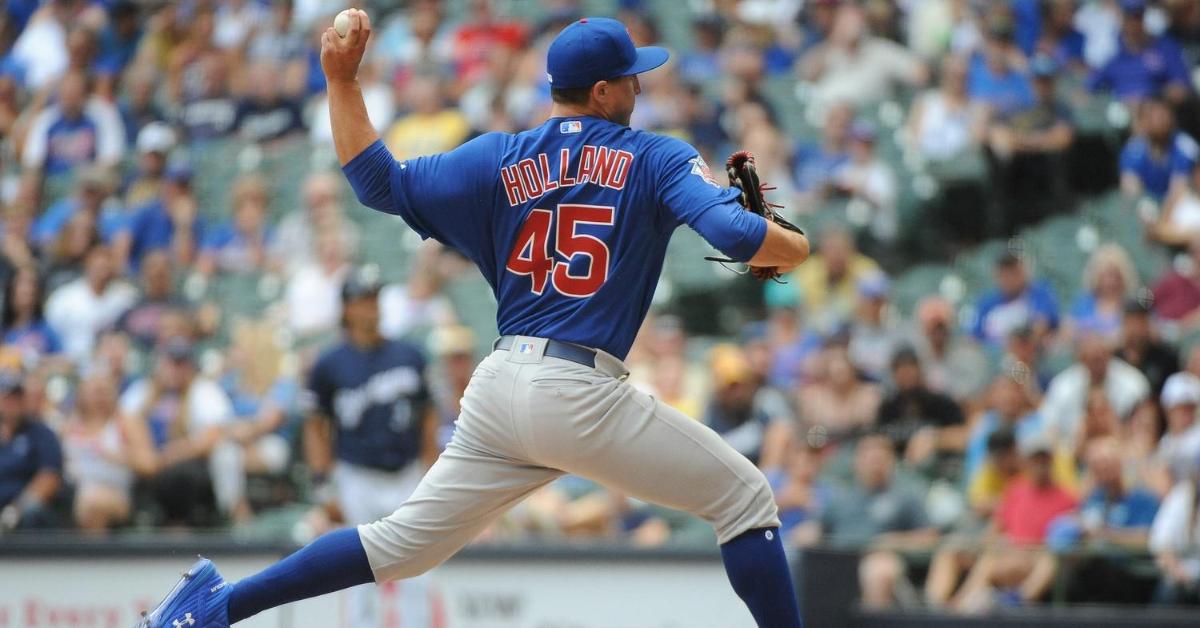 Chicago Cubs reliever Derek Holland fired back at a few of his critics on Twitter after giving up a walkoff grand slam. (Credit: Michael McLoone-USA TODAY Sports)

PHILADELPHIA — Chicago Cubs reliever Derek Holland gave up a walkoff grand slam to Philadelphia Phillies right fielder Bryce Harper in the Cubs' 7-5 loss at Citizens Bank Park on Thursday. Afterward, Holland was blasted by critics for lofting a sinker over the inside edge of the plate, which is Harper's wheelhouse. Harper smashed the sinker into the upper deck for a 413-foot bomb that provided the Phillies with a walkoff victory.

Baseball writer Phil Rogers was one of Holland's critics, and he took to Twitter to make a disparaging remark about the current state of the Cubs' bullpen by implying that it was absurd for Holland to have pitched in a tight situation like that. Holland, who is known for engaging with people on social media, fired back with a rhetorical question about how Harper's home run could possibly reveal anything about how the Cubs' bullpen has been constructed.

Furthermore, a St. Louis Cardinals fan responded to Holland's rebuttal by sarcastically stating that "all things are good in Chicago." Holland did not let the random Twitter user go unscathed, as he roasted the Redbirds fan by pointing out that the Cubs are still tied with the Cardinals for first place in the National League Central. Holland has been a Cub for just a few weeks, but, for better or worse, he has already managed to attract plenty of attention on social media.

Actually they are. We’re still in first place