ESPN will open its 2021 Sunday Night Baseball presented by Taco Bell schedule on April 4, at a special start time of 8:30 p.m. when the Los Angeles Angels and Mike Trout host the Chicago White Sox and American League M.V.P. José Abreu. The following week, on April 11, the Atlanta Braves and National League M.V.P. Freddie Freeman host the Philadelphia Phillies and Bryce Harper at 7 p.m.

San Diego Padres return to Sunday Night Baseball for first time since 2007 (April 25 and May 16);

Four appearances by the Atlanta Braves and New York Mets;

Three appearances by the Philadelphia Phillies and New York Yankees; 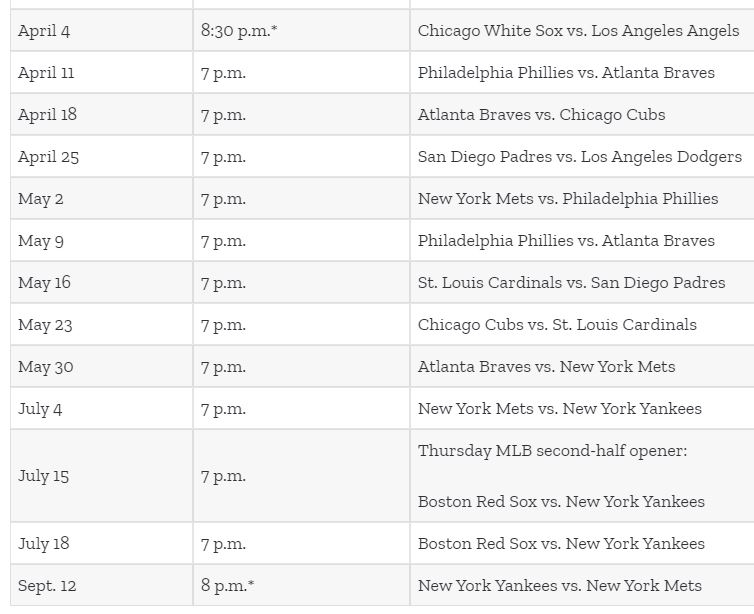