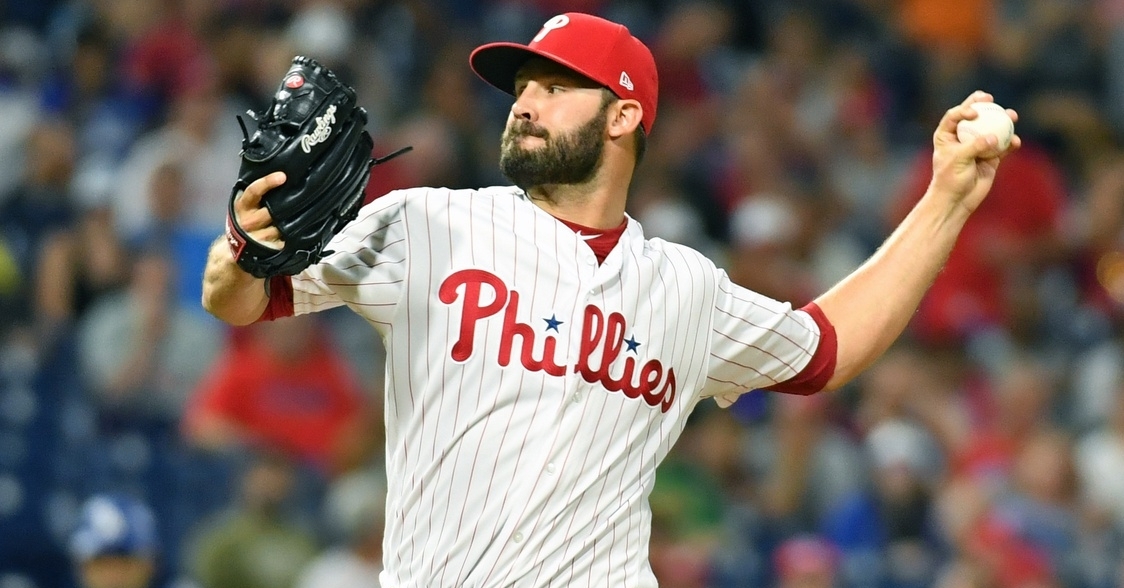 Another day and another move to bolster the Cubs bullpen depth.

The Cubs have signed former Phillies reliever Adam Morgan to a minor league deal, which included an invite to spring training.

The 30-year-old had a rough stint last season with the Phillies posting a high 5.54 ERA in only 13 innings. On top of that, he underwent tendon repair surgery in October. According to reports, he is expected to be ready to pitch in March.

There is no little risk in bringing a veteran guy in for just a spring training invite to see how he is doing. Anytime you can find a quality lefty arm, it's smart to do your due diligence on the pitcher to see if he is an option down the line.

Worst-case, the Cubs will stash him in the minors until he is completely healthy and see how he can help them at some point in 2021.

He was a third-round pick by the Phillies in 2011.

Adam Morgan Cubs deal if in majors: 900K plus many bonuses

Adam Morgan is a really good get for the Cubs — especially on a MiLB pact.

I’m really going to miss AMo. He was, by far, the most warm and welcoming player I’ve had the chance to meet face to face.

He was darn good for the Phillies too, when healthy. Wishing him the best.