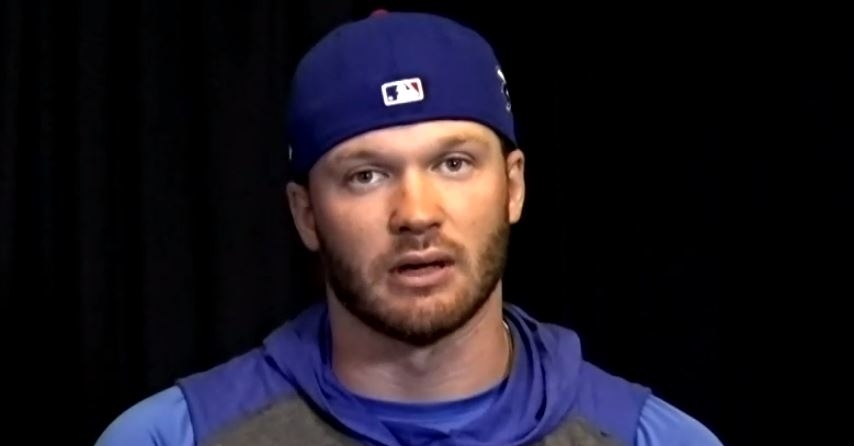 Cubs right fielder Jason Heyward was one of many athletes throughout the sports world that have protested this week because of racial injustice.

Heyward sat out Wednesday's game as his teammates lost to the Tigers 7-6.

His teammate Ian Happ spoke with the media during pregame Friday and said that he has the utmost respect for J-Hey.

"I continue to support him," he said. "I’m so proud of the way he’s handled every bit of this from day one, not just from the last 48 hours. I think he has been such a strong influence on the city of Chicago. And this is dating back to when he got here, what he has done for the city, his contributions, his selflessness, his time. It's just amazing to watch and someone I look up to."

"My conversations have been love and support and trying to figure out everything I can do to keep supporting him."

Happ also said that the season has been stressful because of the pandemic and he actually hasn't been able to see his mother since March.

"The stress of coming to work in the middle of a pandemic is certainly high and not easy."