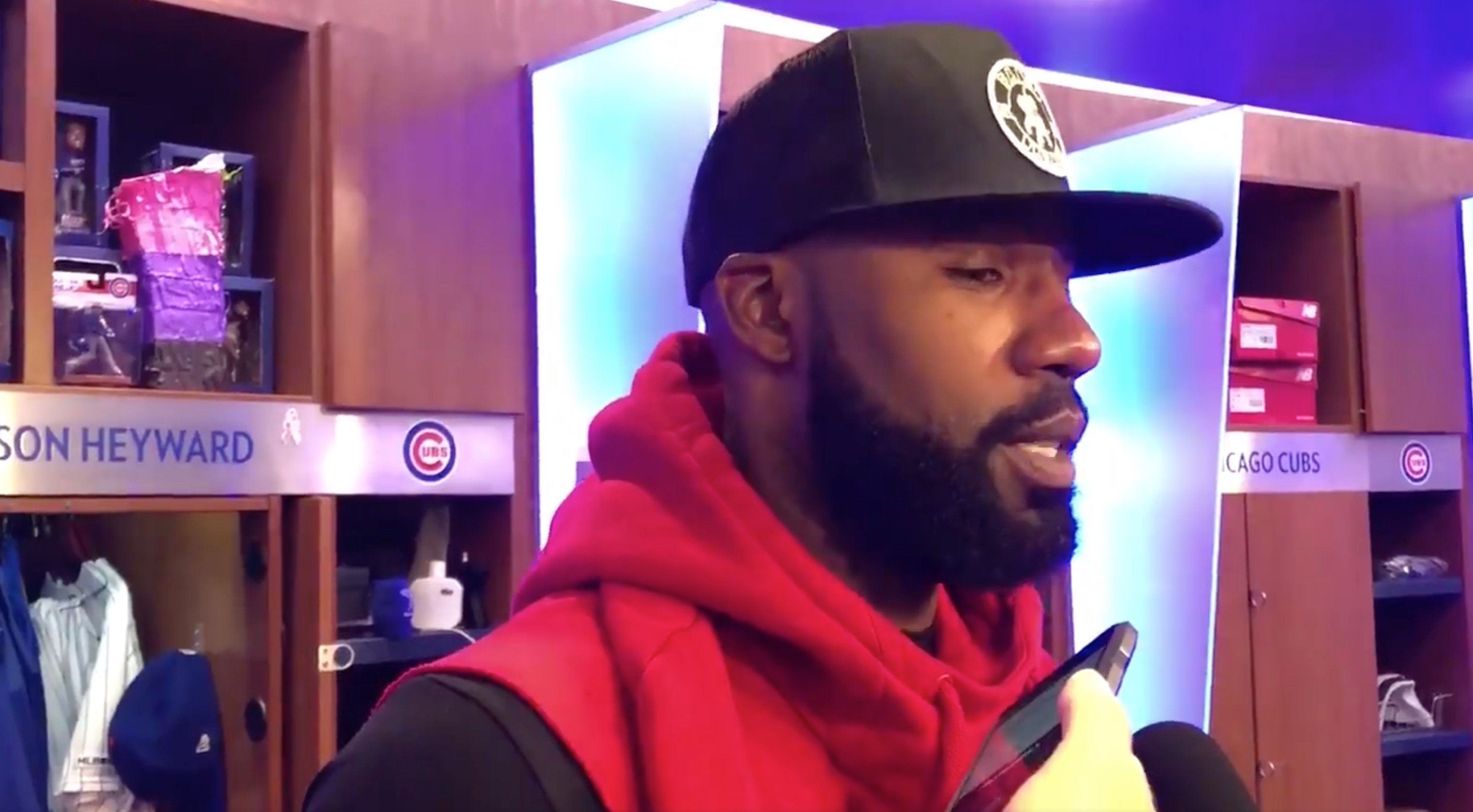 Jason Heyward hit a pivotal 2-run double as part of an offensive showcase put on by the Cubs on Monday. (Credit: Rick Scuteri-USA TODAY Sports)

"We were bound to break loose. We're going to keep pushing."

That was Chicago Cubs outfielder Jason Heyward's response to the Cubs' offensive onslaught in the 8-1 victory over the Los Angeles Angels on Monday. Tallying 11 hits and going 4-for-8 with runners in scoring position, the Cubs rebounded following a 1-5 road trip that saw them consistently struggle at the plate.

Heyward went 2-for-4 on the afternoon and drove in two runs on a double that bounded over the first-base bag and into right field in the bottom of the sixth, thereby putting the Cubs up 4-0. When asked during his postgame media availability about the uptick in plate production experienced by him and his teammates, Heyward downplayed the Cubs' struggles from last week.

"We just played some great baseball in St. Louis," Heyward said about the Cubs' 3-game sweep suffered against the St. Louis Cardinals over the weekend. "Close ballgames. We know each other. The teams know each other really well, and we'll see them again here this weekend."

The Cubs and the Cardinals are set to do battle in another 3-game set this coming weekend, which will mark the third series of the year between the National League Central foes. The upcoming matchups will be hosted at Wrigley Field, while the recent sweep took place at Busch Stadium.

Heyward said of the sweep, "I feel like we hit a lot of balls hard over there. Same with them. A couple balls here this way or the other way...different outcome. We'll just keep going and keep our approach."

While the Cubs' bats came alive in the romp of the Angels, Heyward likely echoed the sentiments of his teammates by acting like it was nothing out of the ordinary. Although the Cubs have been unable to reliably manufacture runs lately, Heyward considers that part of the ebb and flow of the long MLB season and expects the impending Cubs-Cardinals clash at the Friendly Confines to exemplify as much.

"The season is the season," Heyward told reporters. "You've got to keep pushing. A team is going to know you. You're going to adjust."