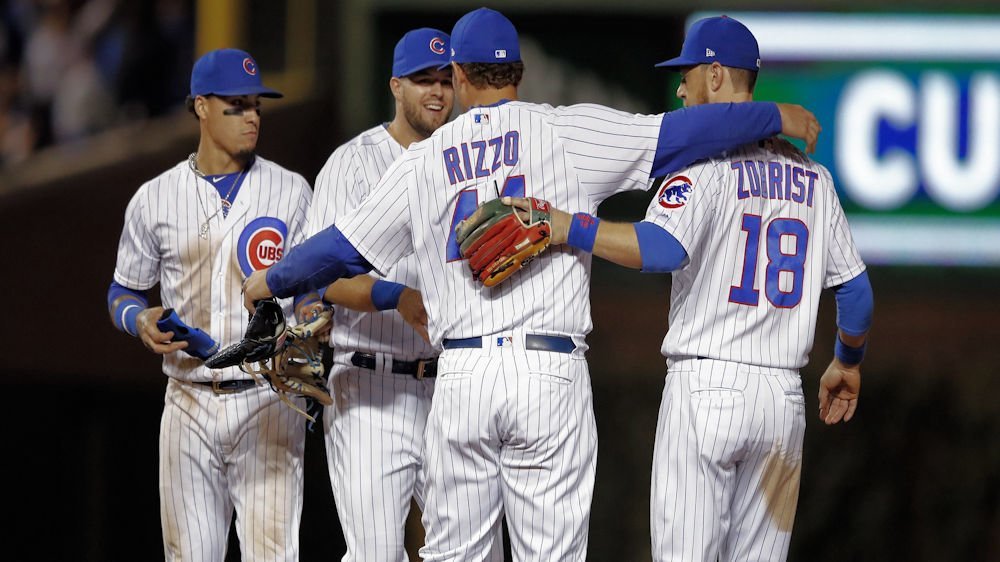 The Chicago Cubs are watching the current playoffs at home as their hitting fizzled down the stretch after squandering a 5.5 game lead in the National League Central with a month to go.

Cubs general manager Jed Hoyer was on the Berstein & McKnight Show on Friday morning and shared that he didn't see the same passion from the ballclub the previous two seasons.

Hoyer didn't see his players grinding at-bats and having that fighting spirit.

"You can never re-create trying to win the first World Series in 108 years, and we're not naive about that," he said. "That's a goal that while you're chasing it, you can't fake that. That is such a great goal to go after. But with that said, we haven't had that same relentless quality. When we are at our absolute best as a team, we are really hard to beat. We grind every at-bat. We have really good pitching. We've had good bullpens. We've had a fantastic defense. At our best, it always feels as though we're a tough team to beat. And if you beat us, you've earned it, and then we move on to the next day. I think with this team, and even last year, we felt as though we fell into some ruts where we weren't that relentless team."

Hoyer knows there are some issues that they are going to fix because the offense fell flat for most of the second half of the season.

"You can't call yourself relentless and score zero or one runs 21 times in 71 games after the All-Star break," he said. "I think that is something that we have to get back to, is that relentlessly focused team that each game is a tough out. And if you beat us, then we're going to do it again the next day. I think we've gotten away from that. Probably some of that is human nature. I think that's been a pretty common theme, that we have to get back to sort of that mentality and that mindset."

It appears that Theo and Jed will be looking for players that will be grinding out at-bats in 2019.