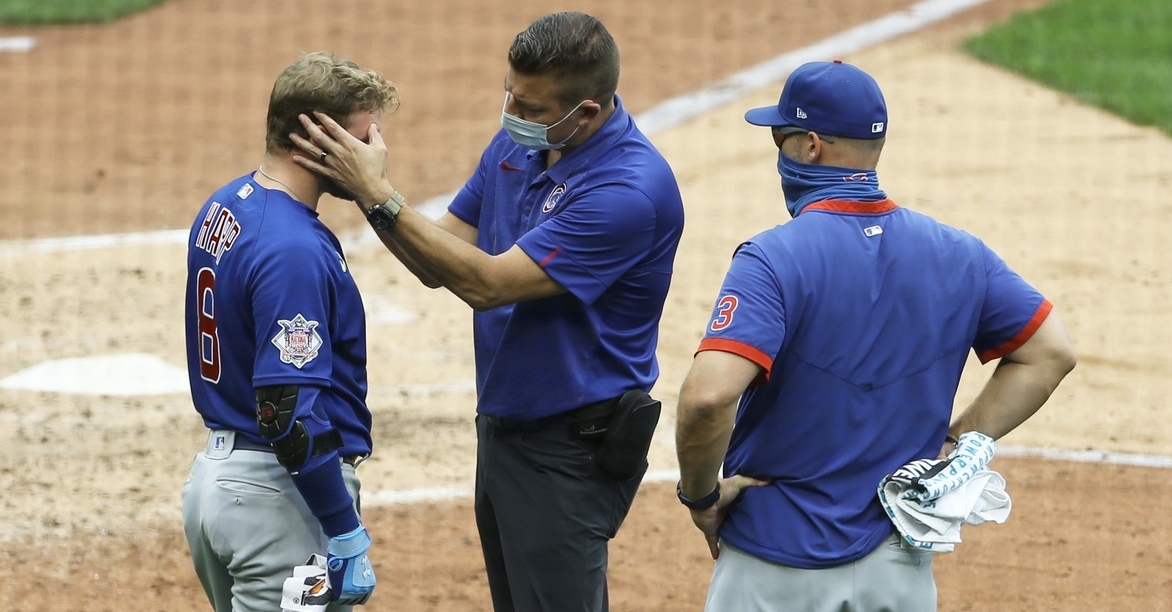 PITTSBURGH — Chicago Cubs center fielder Ian Happ was forced to exit Thursday's game at PNC Park against the Pittsburgh Pirates after fouling a pitch into the dirt, only to have to the baseball bounce up and into his face. Happ was in visible pain before leaving the field, as the ball seemed to hit near his right eye socket.

Thankfully, the prognosis for Happ is good, as X-rays came back negative. The hot-hitting leadoff man has a contusion above his right eye and nothing more.

Hopefully, the shiner will not cause Happ to miss an extended period of time, and he will back in the lineup in the near future.