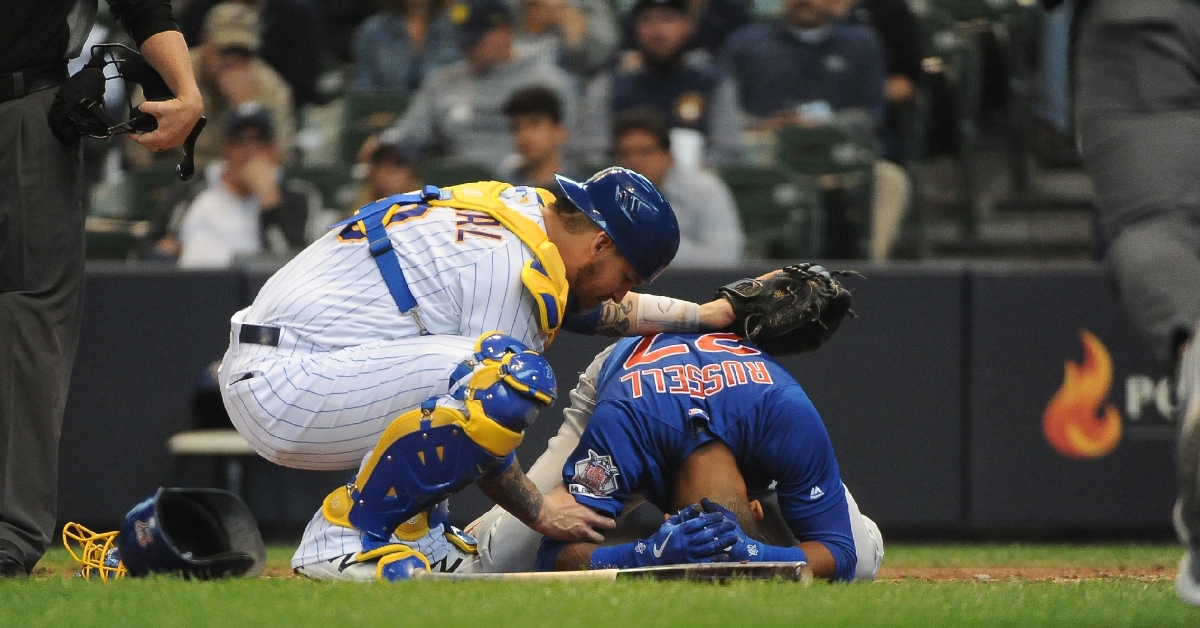 The Chicago Cubs will play out their entire 4-game series at Petco Park against the San Diego Padres without the services of closer Craig Kimbrel and shortstop Addison Russell. On Wednesday, the Cubs shared updates on the two that were somewhat murky and not exactly positive.

Kimbrel is dealing with soreness in his right elbow and will be eligible to come off the 10-day injured list on Thursday. However, Kimbrel, who has played catch multiple times in San Diego, has yet to feel comfortable enough to take part in a legitimate bullpen session. Kimbrel will definitely not pitch against the Padres on Thursday and is unlikely to suit up until next week at the earliest.

Kimbrel (elbow) to play catch again today. Does not yet have a bullpen scheduled. Return can’t be planned until that. Cubs have 16 games left after tomorrow.

As for Russell, who was beaned in the head with a pitch this past weekend, he will not partake in the Padres series, either. Russell is battling concussion-related symptoms and will be evaluated again when Cubs return home on Friday. According to Cubs manager Joe Maddon, Russell is gradually feeling better, yet there is still no timeline regarding Russell's return.

The Milwaukee Brewers, who are breathing down the Cubs' necks in the wild-card race, were dealt a crushing blow when superstar slugger Christian Yelich fouled a ball off his right knee on Tuesday. Diagnosed with a fractured right kneecap, Yelich was ruled out for the remainder of the regular season. On Wednesday, the Brewers announced that Yelich that would avoid having to undergo surgery and would miss approximately six weeks of action, meaning that he could potentially play in the NLCS or the World Series, if, of course, the Brewers were to advance that far.

Yelich - no surgery needed. Out 6 weeks. Prayers his way.