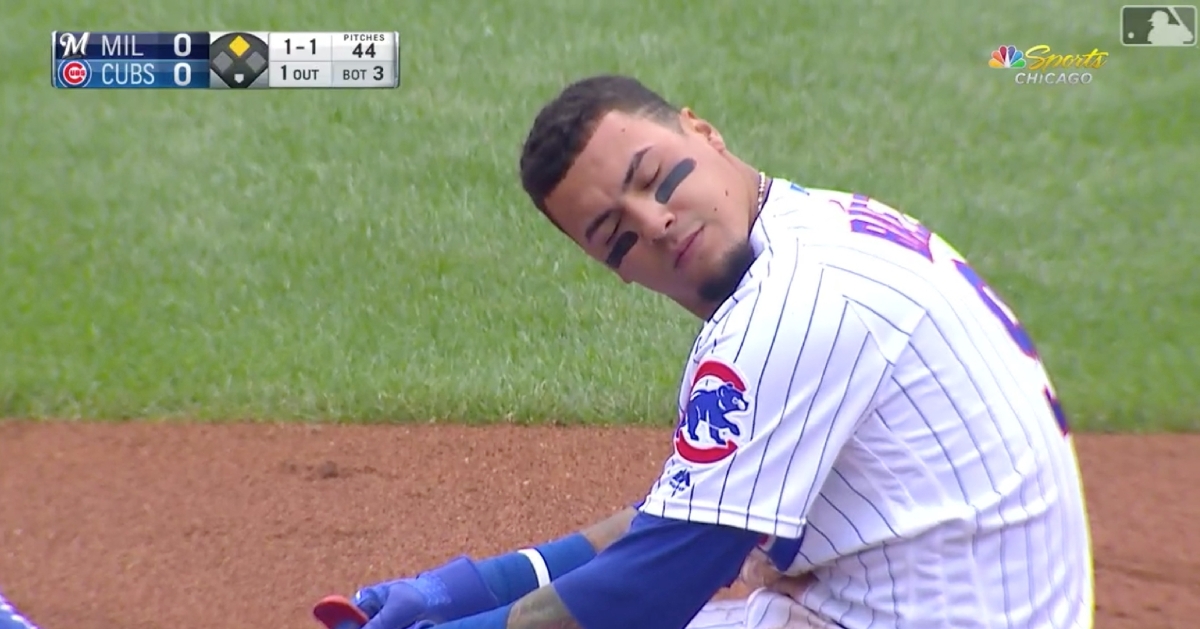 Javier Baez is expected to miss the remainder of the regular season because of a hairline fracture in his thumb but could potentially return for the playoffs.

The Chicago Cubs are currently staring down a stretch run while facing uncertainty surrounding two of their star infielders. On Monday, in advance of the Cubs' series opener at Petco Park against the San Diego Padres, injury updates regarding Cubs shortstop Javier Baez and Cubs third baseman Kris Bryant were made public.

Bryant was held out of Sunday's game and will also miss Monday's game, but he is in San Diego with the team. Bryant has been battling knee pain for close to two months now, and it recently flared up. As a result, Bryant received a cortisone shot in his knee on Monday to help relieve the pain, and, according to Cubs manager Joe Maddon, Bryant has a fair chance of playing on Tuesday.

Bryant had a cortisone injection yesterday. He’s out for today at least.

What you'll hear from Bryant, in a nutshell, is this internal back and forth about playing hurt. He doesn't want to sit out but he has to figure out when playing hurt is worse than not playing at all.

Baez's injury situation is more disheartening, though, as what was initially diagnosed as thumb swelling caused by a hard slide was found to be a hairline fracture over the weekend. Baez visited a hand specialist on Monday in order to determine his timeline for returning to action, and the prognosis was not exactly positive. Although the hand specialist was able to guarantee that no ligament damaged was suffered, the hairline fracture was confirmed.

Exam by hand specialist confirmed #Cubs SS Javier Baez has hairline fracture of left thumb, no UCL damage. Will continue to rehab in hope of playing in postseason.

The Cubs announced on Monday that Baez is unlikely to return during the regular season but could potentially rehab the injury and return for the playoffs in October, should the Cubs reach the postseason. In addition, fellow Cubs middle infielder Addison Russell is ailing with concussion-like symptoms caused by a hit by pitch on Sunday, and he was checked out by a San Diego team doctor on Monday. Russell will not play in Monday's contest, but there is no word yet on his availability after that.