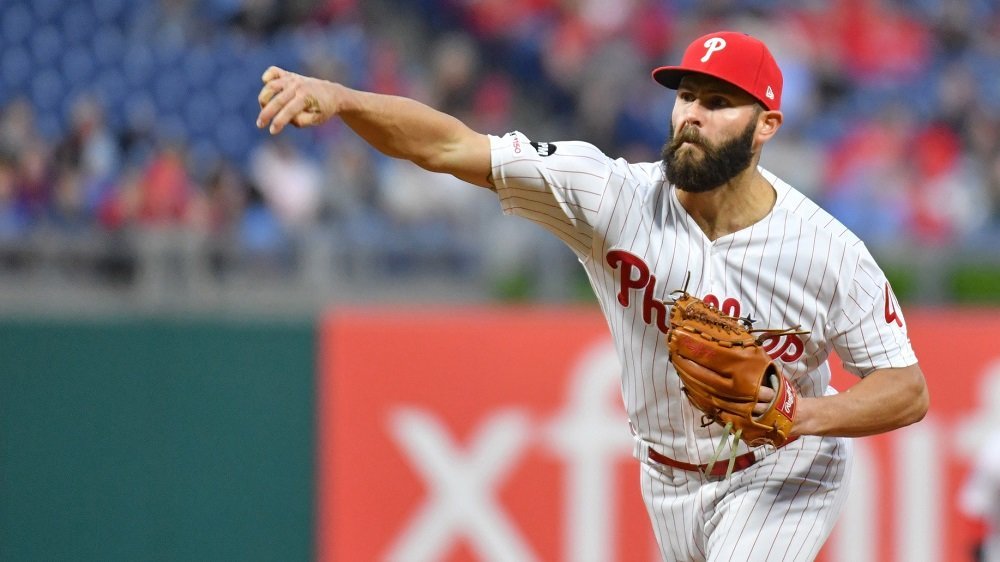 Arrieta received a standing ovation during his first at-bat in the third inning and gave them a tip of the batting helmet to the fans in attendance.

"It's kind of something I experienced pretty much from day one here with the fan base," Arrieta said during postgame interviews. "Cubs fans all across the country, all across the world, they really respect and appreciate what guys are able to do here for them. It means a lot, it really does. I'll never forget this city, the fan base, the organization, everything they did for me. It was four-and-a-half incredible years of my career.

"It really sinks in what we were able to do here as a team, as an organization, the strides we took to get to where we were. You see what they're able to continue to do as an organization. I'm proud of all those guys over there. I wish them all the best."

"He deserves a warm embrace and a huge tip of the cap for everything he meant," Epstein said. "For all of us, for me personally, helping us all get to places we wanted to go, doing it in such an exciting way."

Baseball is a big-time business as Arrieta went to find his free-agent money elsewhere following the 2017 season but no Cubs fan should ever minimize what he meant for the Cubbies during his time including his Cy Young Award-winning season in 2015 and the magical 2016 title season.