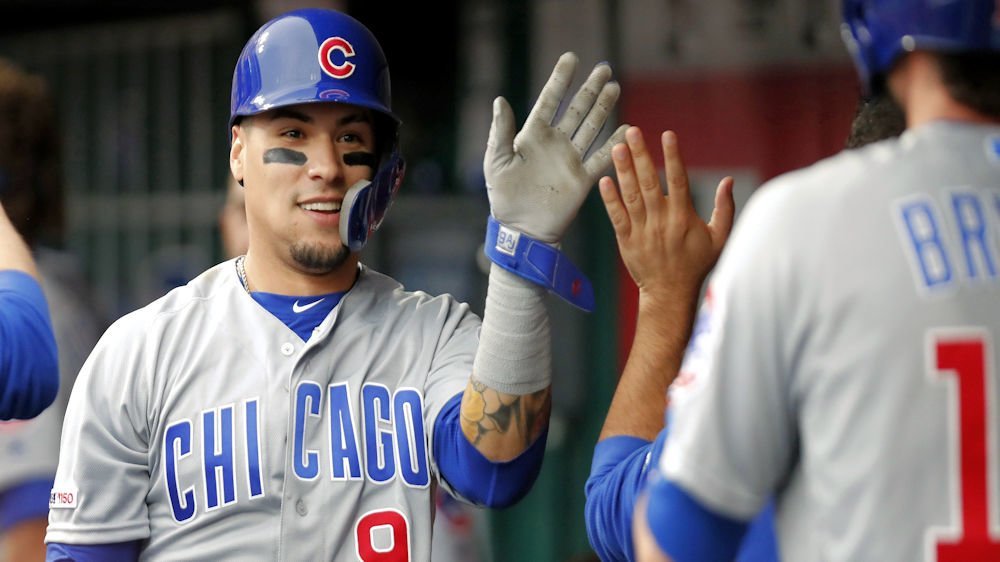 Javier Baez will start at shortstop for the National League in next month's MLB All-Star Game at Progressive Field in Cleveland. (Credit: David Kohl-USA TODAY Sports)

CHICAGO — For the second time in his career and second year in a row, Chicago Cubs infielder Javier Baez was elected as a starter for the National League in the MLB All-Star Game. Baez will make his second career All-Star appearance next month, and he will start at shortstop this time around after starting at second base last year.

With over 40 percent of the vote, Baez beat out fellow National League finalists Trevor Story, who plays for the Rockies, and Dansby Swanson, who plays for the Braves, to earn the right to start at shortstop. Retired infielders Bobby Grich and Granny Hamner are the only other players to start an All-Star game at both second base and shortstop.

Baez leads all National League shortstops with 19 home runs and 52 RBI thus far in the 2019 slate. He will become just the fourth player in MLB history to start at different positions in the Midsummer Classic in consecutive seasons.

After his All-Star selection was announced, Baez told the media, "I know this was a tight competition, but I am grateful to make the starting lineup. The way I play the game, not everyone is going to like it. More people seem to like it than not. I am really proud of the way I am supported. I know this is huge for Chicago fans. Thank you for voting me into the All-Star Game."

Congratulations to @javy23baez, who has been elected to start his second consecutive All-Star Game! pic.twitter.com/B8N0rrfiSI