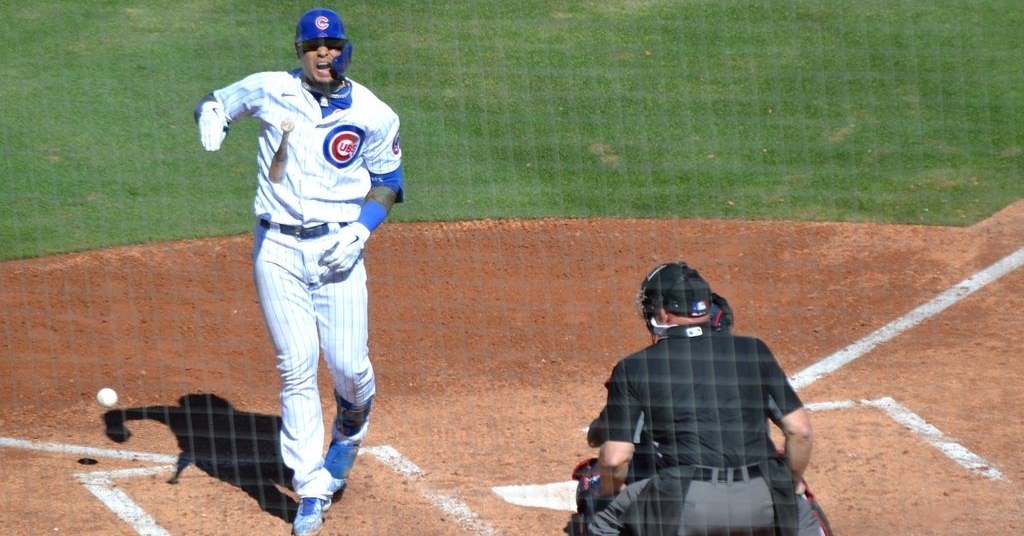 El Mago was hit by a pitch on Friday (Photo credit: Jordan Bastian)

Cubs standout shortstop Javy Baez left Friday's game against the Cleveland Indians in the third inning after being hit by a pitch on the inside of his right forearm.

Baez then talked a few seconds with Cubs manager David Ross before going into the clubhouse for probable treatment.

The star shortstop was replaced by Andy Weber.

Obviously, there is no reason for him to stay in the game since this is just a spring training affair.

Update: The Cubs announced that he was pulled as an "abundance of precaution", and they are calling it a forearm contusion. Everything sounds like he escaped any type of serious injury.

The Cubs would go on to lose the game 10-7 for their first loss of the spring.

Javy Baez was pulled from the game due to extreme caution, per Cubs. Right forearm contusion. Ball got the meat. He’s fine.

Javier Báez hit by a Cal Quantrill pitch on Friday afternoon. Was in pain, but didn't seem serious. No reason to keep him in. No official word from Cubs yet. pic.twitter.com/7vjc9Pnizn