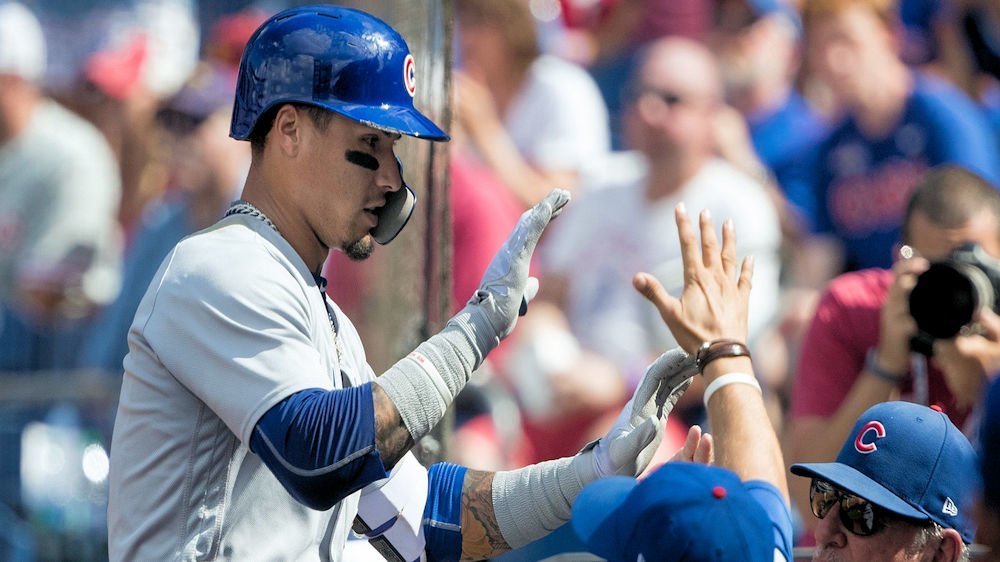 Something wasn't right even with the Cubs' 95 wins last season. It was partly the horrid hitting in the second half combined with the myriad of injuries to important players.

However, one issue that is now being brought to the forefront is team leadership and accountability.

Cubs shortstop Javier Baez told reporters Tuesday that he wants more disciple and wants to be called out if he doesn't run to first base, etc.

"I think it's the little things," he said. "Last year, I didn't run full speed to first base and I would get back to the dugout and no one would say anything. This year, if I don't do it, someone will hopefully say something and it's not to show you up, it's to make our team better."

This is interesting news as Cubs manager Joe Maddon has already said that he will be more hands-on this season. It appears at least Baez embraces more discipline and leadership from his teammates and coaching staff.

El Mago asking to be pushed harder could spell great things in 2019.

Javy Baez on the importance of accountability for the upcoming #Cubs season. pic.twitter.com/5JTyDhuMi9

1) Javy Baez spoke with reporters for the first time this spring. Couple highlights: Unprompted he said he wants to walk more this year. Usually he has to be asked about that. Most interesting was a leadership thing.

2) Baez said last year if he didn't run out a ground ball, for example, he wouldn't hear anything from the dugout. Says he thinks that will change this year. This goes along with the leadership theme going back to the off season....

Re last tweet, it's interesting. Players WANT to be policed. They WANT to be coached. Goes to Maddon's more hands on approach this year as well. Rizzo welcomes int. Wants it. We'll see how it plays out