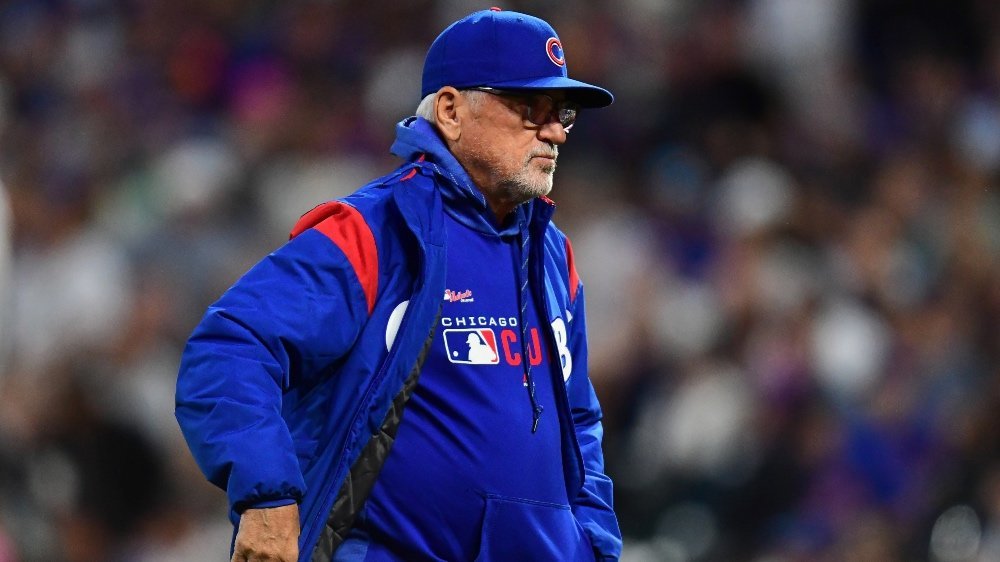 Joe Maddon seemed to accept the possibility that the Reds could retaliate against the Cubs on Sunday. (Credit: Ron Chenoy-USA TODAY Sports)

CINCINNATI — Following Saturday evening's hubbub surrounding a hit by pitch that Cincinnati Reds right fielder Yasiel Puig took on the thigh, which led to Puig attempting to charge the mound against Chicago Cubs reliever Pedro Strop as part of a minor bench-clearing fracas, Strop had some choice words regarding Puig. When asked about the incident by reporters in the postgame locker-room media session, Strop said, to put it mildly, that Puig is not exactly the brightest bulb on the porch and essentially implied that Puig was wrong for assuming that he had intentionally hit him.

Prior to Sunday's series finale between the Cubs and the Reds, Cubs manager Joe Maddon was asked to respond to Strop's critical remarks concerning Puig, and Maddon was rather coy. Choosing not to admonish his reliever for the volatile comments, Maddon instead opted to indirectly praise Strop for speaking his mind, something that Maddon encourages his players to do.

"I really had not processed that thought before," Maddon said when read Strop's disparaging declarations about Puig's intellect. "I've often encouraged our guys to speak their mind. And I'm sure a lot of folks found that entertaining. You'll have to ask Pedro to comment further on that."

Maddon was also asked by the press if he expected the Reds to retaliate in some form or fashion on Sunday, as two different Reds batters were hit by pitches in the final two innings of Saturday's contest, including the controversial beaning of Puig that may or may not have been done intentionally. Following the second hit by pitch, Reds manager David Bell was ejected for arguing about the beanings with the crew chief. While Maddon was hopeful that no retaliation would occur, he did not rule it out.

"No telling," Maddon said when talking about potential retaliation by the Reds. "I would hope not. But just no telling."