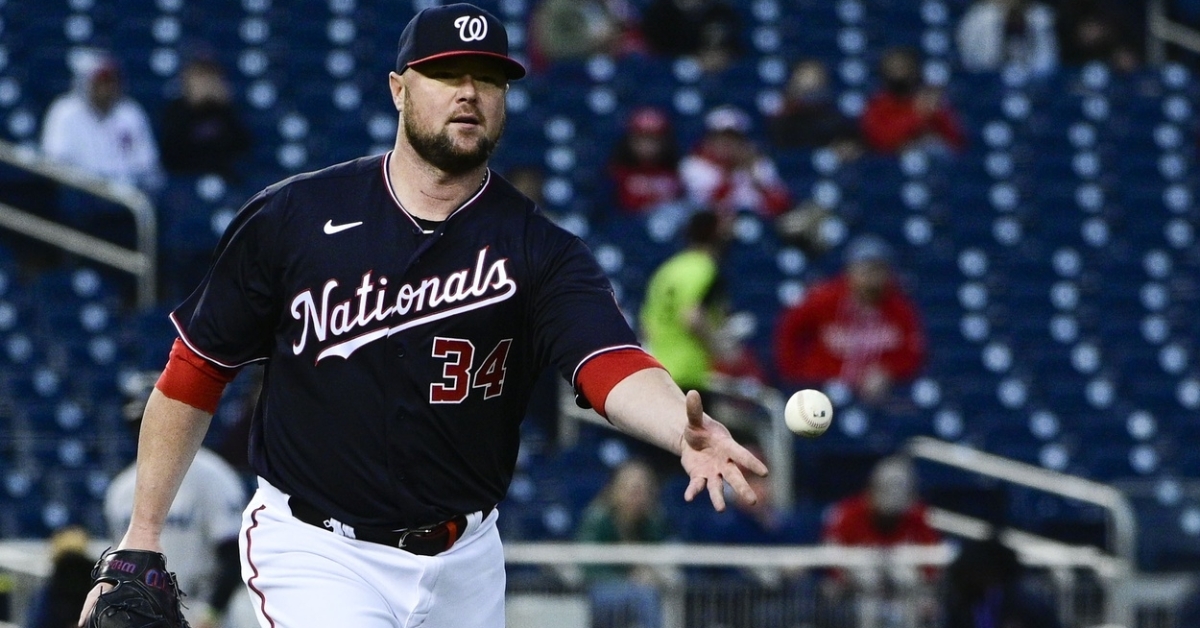 Southpaw Jon Lester is returning to his old stomping grounds on the North Side of Chicago. (Credit: Tommy Gilligan-USA TODAY Sports)

PHOENIX — The Washington Nationals are currently engaged in a weekend series at Chase Field versus the Arizona Diamondbacks, but their upcoming four-game set at Wrigley Field versus the Chicago Cubs looms large for Cubs fans eager for starting pitcher Jon Lester and left fielder Kyle Schwarber to return to the Friendly Confines. Both players chose to join the Nats as free agents in the offseason, and, in the coming days, the two North Side fan favorites will be competing against the Cubbies for the first time since departing Chicago.

Cubs manager David Ross was asked about Lester in a presser on Saturday and was very kind when discussing the left-hander, whom he caught behind the plate for several seasons before managing him last year. Lester was also asked by the media on Saturday about his expectations for toeing the rubber against his former club, which is likely to happen on Monday, and — typical of "Big Jon" — his response was mostly comical and light-hearted.

When discussing facing off against Cubs first baseman — and close pal of his — Anthony Rizzo, Lester told reporters, "That will probably be the matchup that stands out the most to me."

Lester also quipped that one of his primary focal points regarding his return to Wrigley Field is ensuring he does not forget that he is there as a member of the visiting team, hilariously telling reporters, "The biggest thing for me is making sure I walk into the right dugout or bullpen."

As of now, it is highly probable that Lester will be penciled in as the Nationals' starting pitcher for the series opener versus the Cubs on Monday. Lester pitched for the Cubs from 2015-20 and signed a one-year, $5 million deal with Washington in January. After the start to his season was delayed due to an offseason parathyroidectomy and COVID-19 protocols, Lester has gone 0-1 with a 2.25 ERA in three starts as a National.