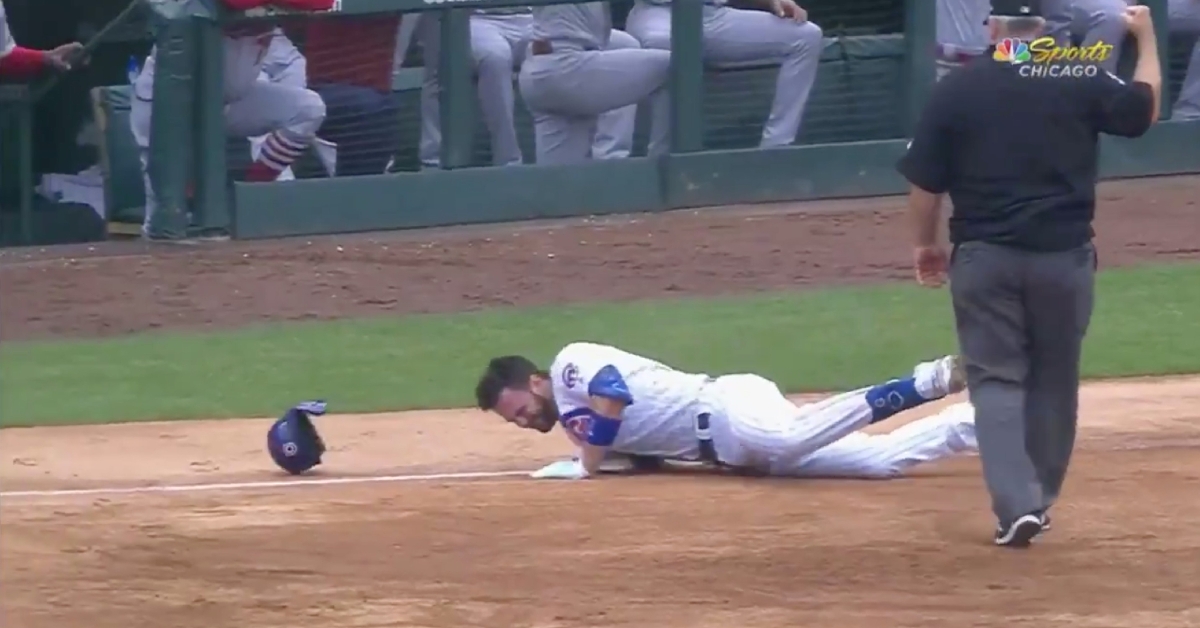 CHICAGO — As if the Chicago Cubs' late-season skid needed to get any worse, Cubs third baseman Kris Bryant suffered a disconcerting injury on Sunday. With a light rain falling at Wrigley Field during the Cubs' clash with the St. Louis Cardinals, a wet first-base bag led to a right-ankle injury for Bryant.

Bryant grounded into an inning-ending 5-4-3 double play in the bottom of the third and slipped off the bag while trying to leg out the grounder. In addition to rolling his ankle while skidding off the base and falling on the dirt, Bryant potentially aggravated the right-knee ailment that has been plaguing him since the All-Star break.

After going down to the ground in obvious pain and wearing a disheartening grimace on his face, Bryant was helped off the field and removed from the game. Ian Happ replaced Bryant at third base.