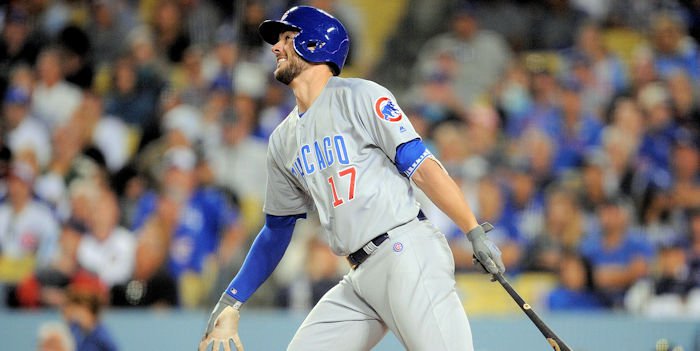 Mega contracts have been handed out recently to some of the best players in baseball with Bryce Harper, Mike Trout, Nolan Arenado, and others.

Cubs standout third baseman Kris Bryant was asked about the recent big-money contracts and if the Cubs have reached out to him on a long-term extension.

“Tom Ricketts has a focus on going with what we’ve got now and seeing how things play out at the end of the year,” Bryant said to the media. “I don’t think here’s been any talks with anybody. It’s just kind of a different period for us this year. Not a bad thing. Just go out there and win and focus on this year rather than get ahead of ourselves and sign everybody to an extension.”

Bryant would love to stay a Cubs player for the rest of his career if both parties (Cubs and him with super agent Scott Boras) could work it out.

"Anytime you can show loyalty to the team that drafted you and you came up with and established relationships with those people, any human being would want to do that," he said. said. “It’s no secret that everyone in this clubhouse loves playing in Chicago. We love everything about this organization.

"Everyone in this clubhouse would want to finish his career with this team, myself included."

Bryant is set to hit free agency after the 2021 season.