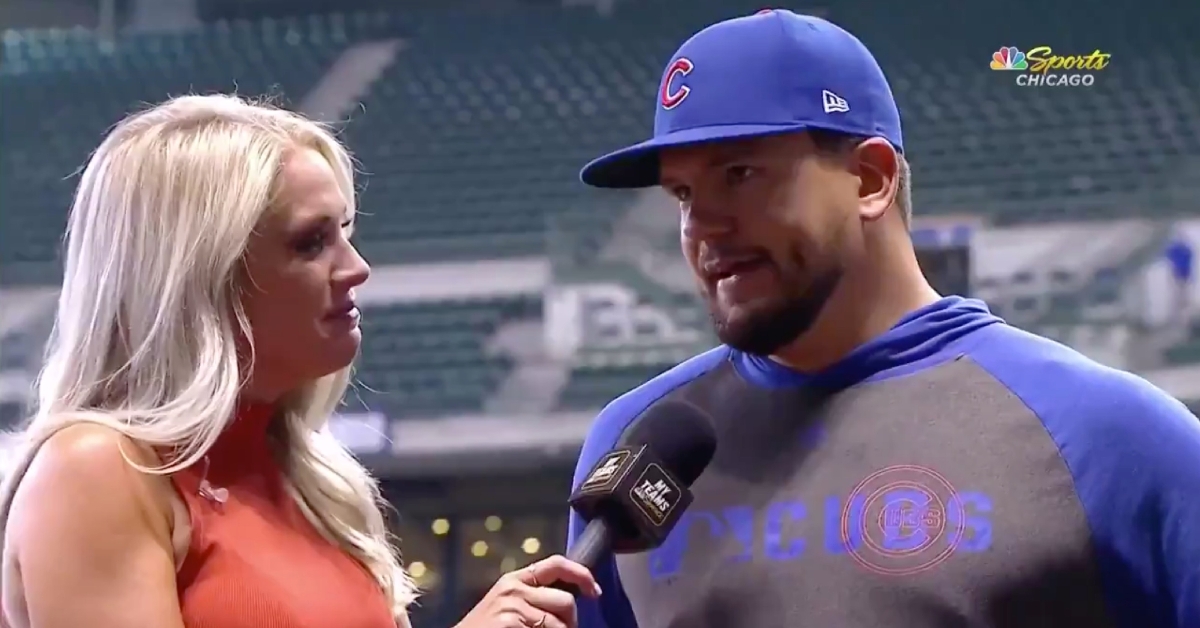 Kyle Schwarber was rather humble in his postgame interview with NBC Sports Chicago reporter Kelly Crull.

MILWAUKEE — When asked about his epic 442-foot grand slam that sailed into the upper deck at Miller Park on Thursday, Chicago Cubs left Kyle Schwarber was quite modest, responding, "I got lucky, I guess."

Schwarber has powered out two grand slams this season, and both of them have come at Miller Park. The Cubs defeated the Milwaukee Brewers 10-5 on Thursday evening, and Schwarber's blast was an integral component of the victory.

"I told myself to stay on top of it," Schwarber said when discussing the first-pitch grand slam that he hit off Brewers reliever Drew Pomeranz with NBC Sports Chicago's Kelly Crull. "I was able to say on top of it and put it on out there."

Swinging at the first pitch of his sixth-inning at-bat, Schwarber sent a four-seamer from Pomeranz into the bleachers. As a result, Schwarber, who has now hit three grand slams in his career, became the first Cub to hit multiple grand slams at the same opposing ballpark in the same season since Sammy Sosa did so in 1998.

"Got lucky I guess"

No Kyle, it's all skill. He talked with @kelly_crull after the win! pic.twitter.com/fnHn7iOOml