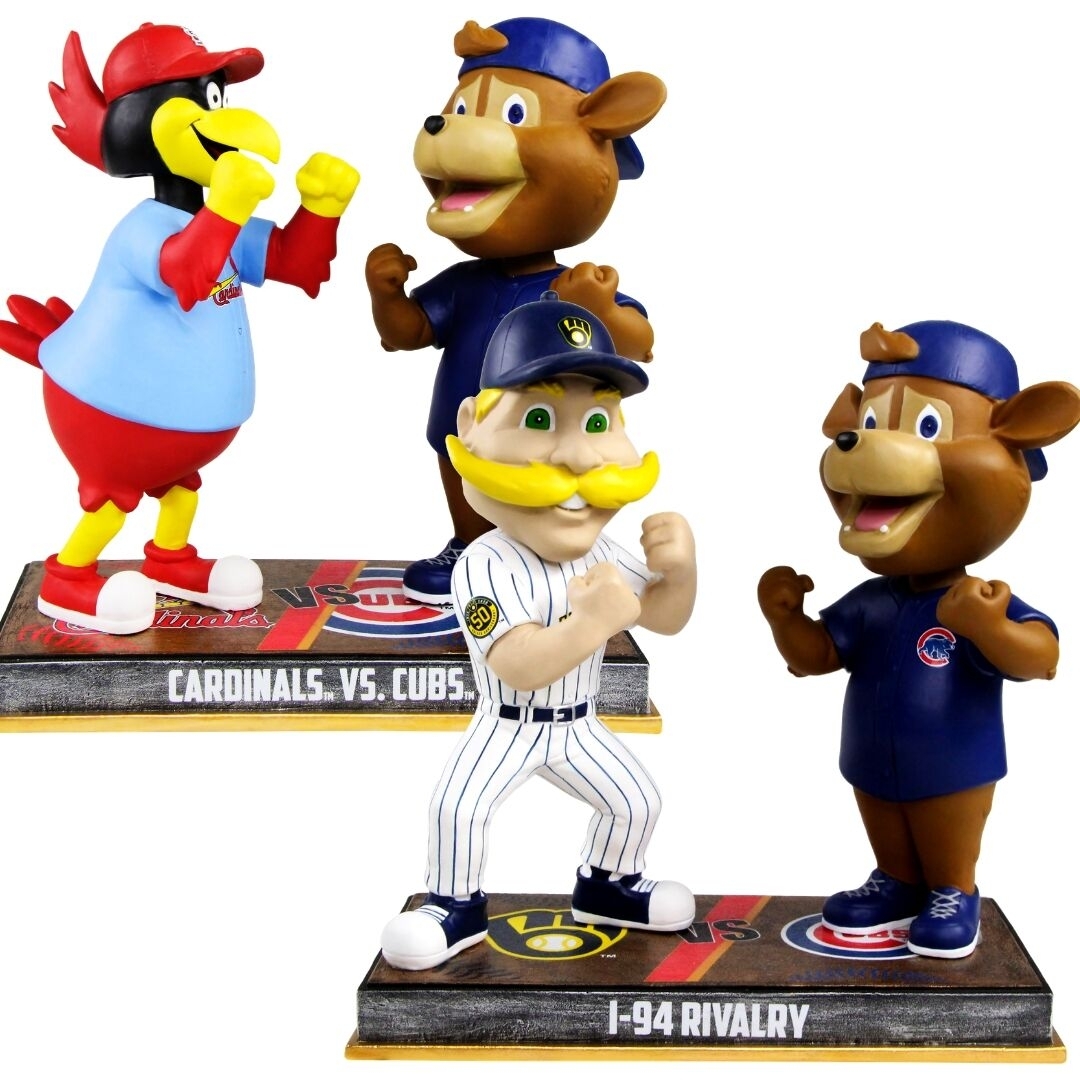 Each bobblehead is individually numbered to 1,000 and they are only available through the National Bobblehead Hall of Fame and Museum’s Online Store and at the Museum when it re-opens, while supplies last. The bobbleheads, which just arrive and ship now, are $60 each plus a flat-rate shipping charge of $8 per order.

Opening Day at Wrigley Field was scheduled for today with the Brewers set to host the Pittsburgh Pirates in the home opener. However, the start of the MLB season was pushed back indefinitely as a result of the coronavirus.

The Cubs vs. Cardinals rivalry, dating back to 1892, is often referred to as “The Best Rivalry in Sports.” Itis also called the Route 66 rivalry and The I-55 rivalry because games between the two clubs feature numerous visiting fans in either St. Louis’ Busch Stadium or Chicago’s Wrigley Field. The Cardinals have won 19 National League pennants, while the Cubs have won 17. However, the Cardinals have a clear edge when it comes to World Series success, having won 11 championships to the Cubs’ three. The teams have met more than 2,400 times in the regular season with the Cubs leading the series 1,237-1,180-19. The only time the Cubs and Cardinals faced each other in the postseason occurred in the 2015 N.L. Division Series, which the Cubs won, 3-1. The teams are scheduled to play a two-game series in London in June during the 2020 season as the second MLB London Series.

Known as the “I-94 Rivalry” because the two teams’ stadiums are located only 83 miles from each other off Interstate 94, the rivalry did not take off until 1998 when the Brewers moved from the American League to the National League. Not counting spring training matchups, the Brewers and Cubs met for the first official time on June 13, 1997 in interleague play, a 4-2 Brewers victory at Wrigley Field. They met for the first time as Central Division rivals on June 15, 1998, a 6-5 Cubs victory also at Wrigley Field. In the competitive all-time series, the Cubs hold a 189-180 advantage. The Brewers are 95-91 at Miller Park, while the Cubs are 98-85 at Wrigley Field.

"No one knows when the MLB season will start, but we wanted to give fans a reason to smile and something to look forward to on what would have been Opening Day at Wrigley Field,” National Bobblehead Hall of Fame and Museum co-founder and CEO Phil Sklar said. “The Cubs vs. Cardinals and I-94 Rivalries are some of the most intense in baseball and sports, and these bobbleheads are the perfect way to commemorate the passion and excitement while fans patiently wait for the words we’re all longing to hear right now—‘Play Ball’!”