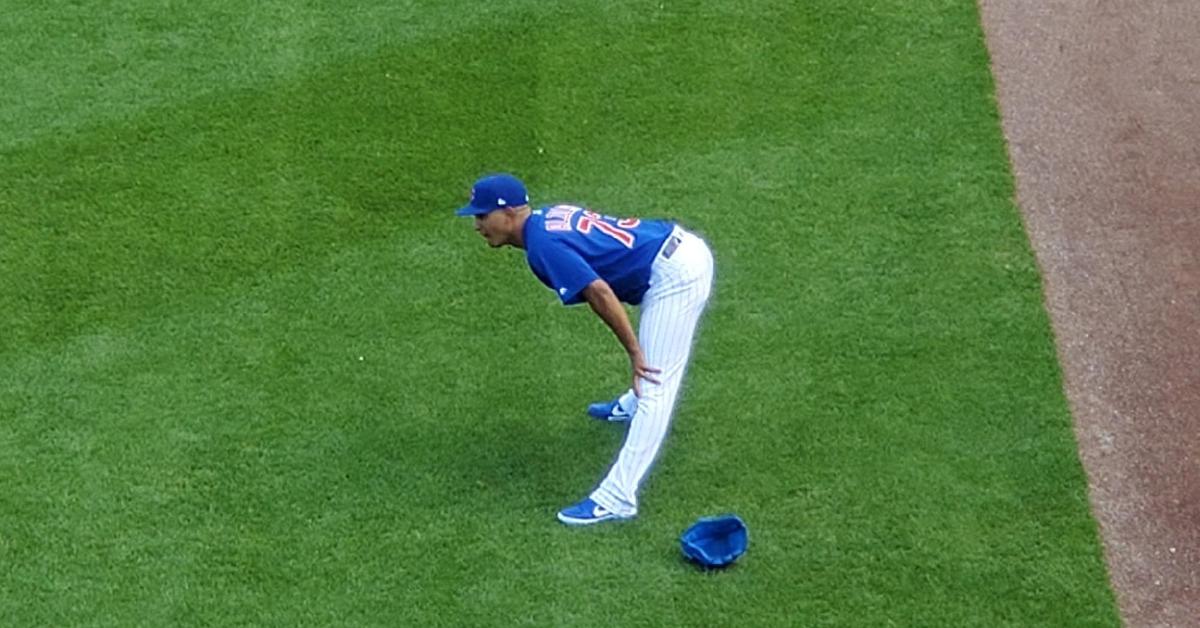 It came as a surprise when the Cubs took the field at the Friendly Confines donning blue jerseys. (Credit: @bleedcubbieblue on Twitter)

CHICAGO — According to Chicago Cubs play-by-play man Len Kasper, prior to Tuesday, the Cubs last wore blue jerseys at home in either 2006 or 2007. There is no official confirmation on the timeline, but Kasper tweeted about the rare wardrobe choice after seeing the Cubs sporting blue tops during warmups on Tuesday evening.

Taking on the Atlanta Braves at Wrigley Field, the Cubs opted to don the blue shirts on Tuesday night simply because it was something that the players wanted to do, according to Bruce Miles of the Daily Herald. The alternate solid blue jerseys are commonly worn on the road, but the Cubs typically go with their solid gray or white, pinstriped tops at home.

Adbert Alzolay out for warmups wearing the blue alt jersey. If this is the #Cubs game jersey, that's the first time it's been worn at Wrigley in almost 10 years pic.twitter.com/cueD1o75q2

The @Cubs are wearing their alternate blue tops at home tonight, something we haven't seen at Wrigley Field in over a decade. We are trying to come up with the exact date, but I am thinking 2007 or maybe even 2006 the last time they've done it.

#Cubs are indeed wearing blue jerseys tonight. Was just told it was something the players wanted to do.