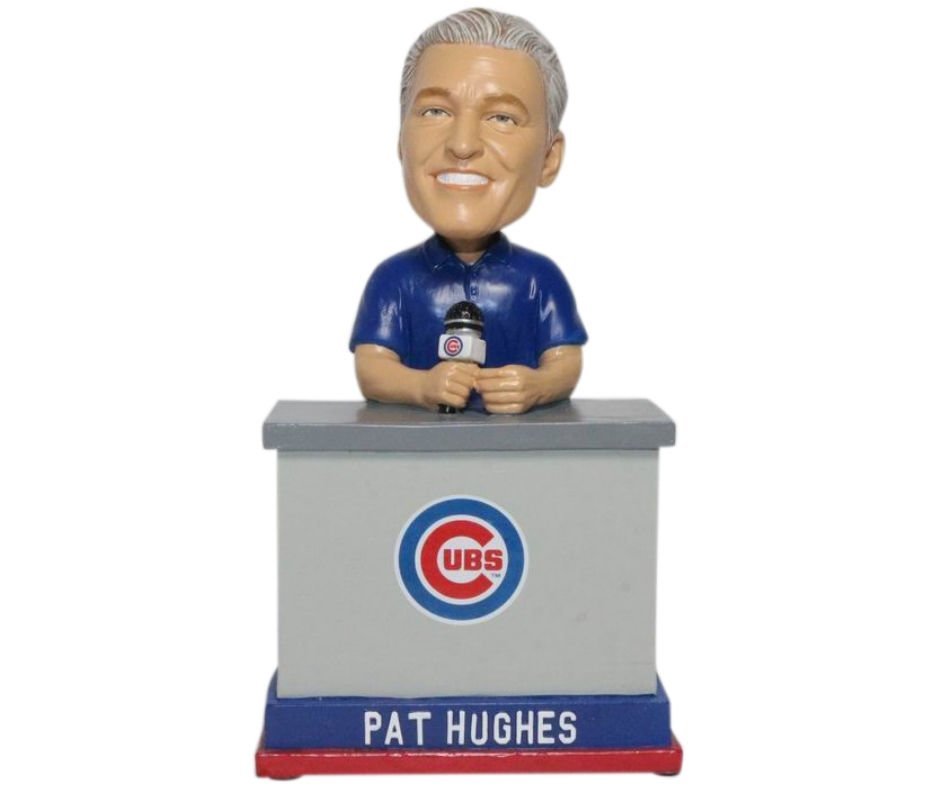 Pat’s legendary call of the final out plays at the push of a button.

MILWAUKEE, Wi., November 2, 2018 – This morning, the National Bobblehead Hall of Fame and Museum unveiled an officially licensed, limited edition bobblehead featuring Pat Hughes, which plays his historic radio call of the final out in Game 7 of the 2016 World Series. The bobblehead, which is the first of Hughes, features the Cubs broadcaster at an announcer’s desk holding a microphone. With the push of a button, the bobblehead plays Pat’s legendary call from the historic November 2nd evening in Cleveland when the Cubs became World Series Champions for the first time in 108 years.

The bobbleheads, which are individually numbered to only 2,016 are currently in production. A limited number of bobbleheads are being expedited for delivery before Christmas, with those being $45 each, while the remaining bobbleheads, which will arrive in January and be delivered before the Cubs Convention, are $40 each. Shipping is a flat rate of $8 per order. The bobbleheads are being produced exclusively for the National Bobblehead Hall of Fame and Museum by FOCO.