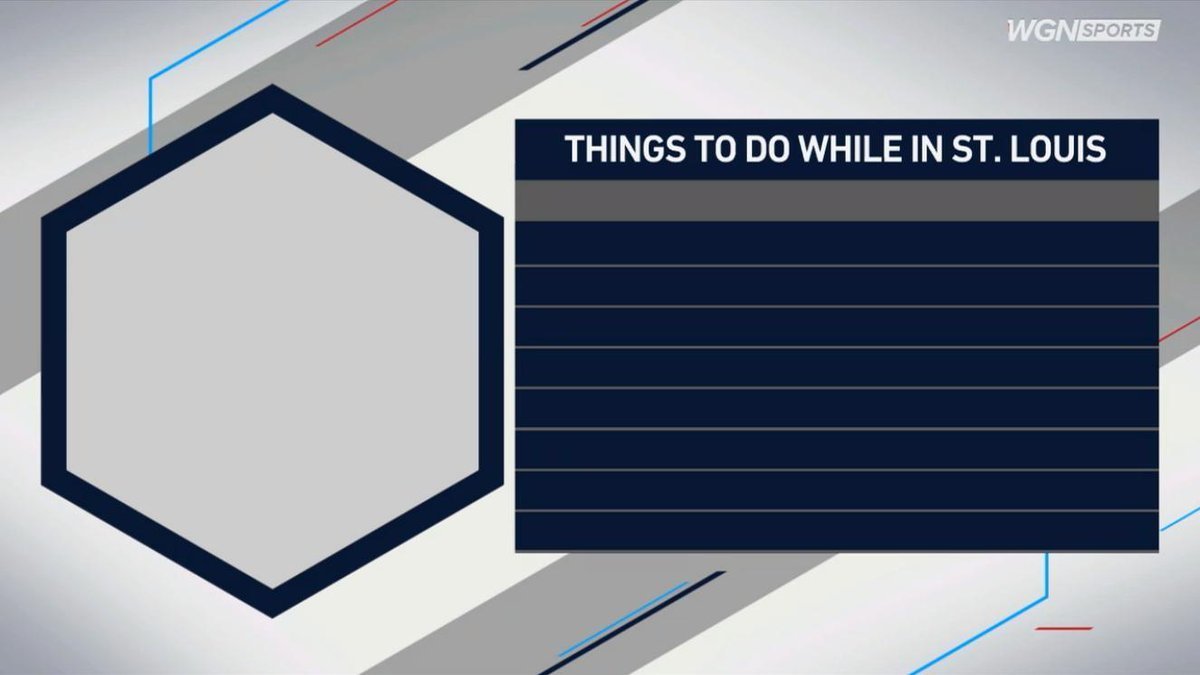 WGN backed up Kris Bryant by displaying a graphic of an empty list of things to do while in St. Louis.

Television station WGN, a regular broadcaster of Cubs games, lended credence to Chicago Cubs third baseman Kris Bryant's infamous claim made at Cubs Convention earlier this year that the city of St. Louis is boring and does not offer much to do. During the broadcast of the series finale between the Cubs and the St. Louis Cardinals at Busch Stadium on Sunday, WGN displayed a hilarious graphic related to Bryant's remarks.

Entitled "THINGS TO DO WHILE IN ST. LOUIS," the graphic was an empty list, implying that there is nothing to do in St. Louis, thereby making the city, as Bryant claimed, boring. Of course, the usage of the graphic was all in good fun and one of many aspects of the weekend series centered upon Bryant's controversial statements about "The Lou." Cardinals fans booed Bryant throughout every one of his plate appearances, and the Twitter accounts for the Cubs and the Cardinals got in on the fun by posting several tweets with innuendos to the theme of boring. Overall, it added fuel to the fire of the heated National League Central rivalry.

The Cubs broadcast throws some shade upon St. Louis... pic.twitter.com/HEi1i04Wc9