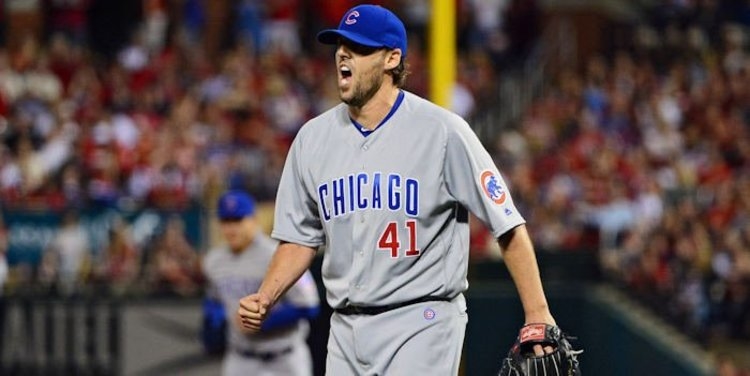 The 2017 postseason will get underway for the Chicago Cubs on Friday night as they face a tough Washington Nationals team at Nationals Park.

One of the pressing questions for the Cubs postseason roster is what to do with veteran starter John Lackey. It appears that Lackey might be coming out of the bullpen.

"Give him a test out of the bullpen — see what it looked like, see how he felt, that kinda thing," Joe Maddon said to reporters on Sunday . "He gave up a run, whatever it was, but I thought he had a really good slider coming out of the 'pen and his velocity was normal. So I thought he looked actually pretty good."

Maddon wanted to get Lackey the feel of what it would be like to pitch relief if needed. The inning of relief was the second of his career dating back to the 2004 season.

"It's just an option; it's a consideration," Maddon said. "We wanted to put him out there. Part of it's just for him to warm up and come into a game, see what that feels like. He's not really done it a whole lot. That's all that was about."

Lackey had no comments after his relief appearance, but multiple reports have said that he is OK with the move to try to get one more shot at another World Series championship. If the Cubs decide to keep Lackey on the 25-man rotation, Justin Grimm or possibly Justin Wilson might be the odd-man out this postseason.