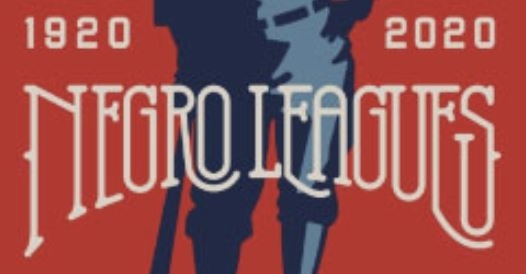 Commissioner of Baseball Robert D. Manfred, Jr. announced today that Major League Baseball is correcting a longtime oversight in the game’s history by officially elevating the Negro Leagues to “Major League” status. During this year’s centennial celebration of the founding of the Negro Leagues, MLB is proud to highlight the contributions of the pioneers who played in these seven distinct leagues from 1920-1948. With this action, MLB seeks to ensure that future generations will remember the approximately 3,400 players of the Negro Leagues during this time period as Major League-caliber ballplayers. Accordingly, the statistics and records of these players will become a part of Major League Baseball’s history.

This long overdue recognition is the product of evaluation throughout this year, which included consideration of: discussions with the National Baseball Hall of Fame and Museum and other baseball entities; the previous and ongoing studies of baseball authors and researchers; the 2006 study by the National Baseball Hall of Fame (the Negro League Researchers and Authors Group); and an overall historical record that has expanded in recent years. In particular, MLB commends the work of Gary Ashwill, Scott Simkus, Mike Lynch, and Kevin Johnson, who drove the construction of the Seamheads Negro Leagues Database, and Larry Lester, whose decades-long research underlies and adds to their work. MLB credits all of the baseball research community for discovering additional facts, statistics, and context that exceed the criteria used by the Special Committee on Baseball Records in 1969 to identify six “Major Leagues” since 1876. It is MLB’s view that the Committee’s 1969 omission of the Negro Leagues from consideration was clearly an error that demands today’s designation.

Commissioner Manfred said: “All of us who love baseball have long known that the Negro Leagues produced many of our game’s best players, innovations and triumphs against a backdrop of injustice. We are now grateful to count the players of the Negro Leagues where they belong: as Major Leaguers within the official historical record.”

John Thorn, the Official Historian of Major League Baseball, said: “The perceived deficiencies of the Negro Leagues’ structure and scheduling were born of MLB's exclusionary practices, and denying them Major League status has been a double penalty, much like that exacted of Hall of Fame candidates prior to Satchel Paige's induction in 1971. Granting MLB status to the Negro Leagues a century after their founding is profoundly gratifying.”

MLB and the Elias Sports Bureau have begun a review process to determine the full scope of this designation’s ramifications on statistics and records. MLB and Elias will work with historians and other experts in the field to evaluate the relevant issues and reach conclusions upon the completion of that process.

This past August 16th, MLB staged a league-wide celebration of the 100th Anniversary commemoration of the Negro Leagues, honoring the men and women who contributed to their legacy. All MLB players, managers, coaches and umpires wore a symbolic Negro Leagues 100th Anniversary logo patch during that day’s games. In February, MLB and the Major League Baseball Players Association (MLBPA) announced a joint donation of $1 million to the Negro Leagues Baseball Museum in Kansas City to educate and raise awareness regarding the impact of the Negro Leagues and its players on the sport and society. That contribution continued the longtime support of the NLBM by MLB and the MLBPA.

MLB is correcting a longtime oversight in the game’s history by officially elevating the Negro Leagues to “Major League” status. pic.twitter.com/gPSaTbD5Ud