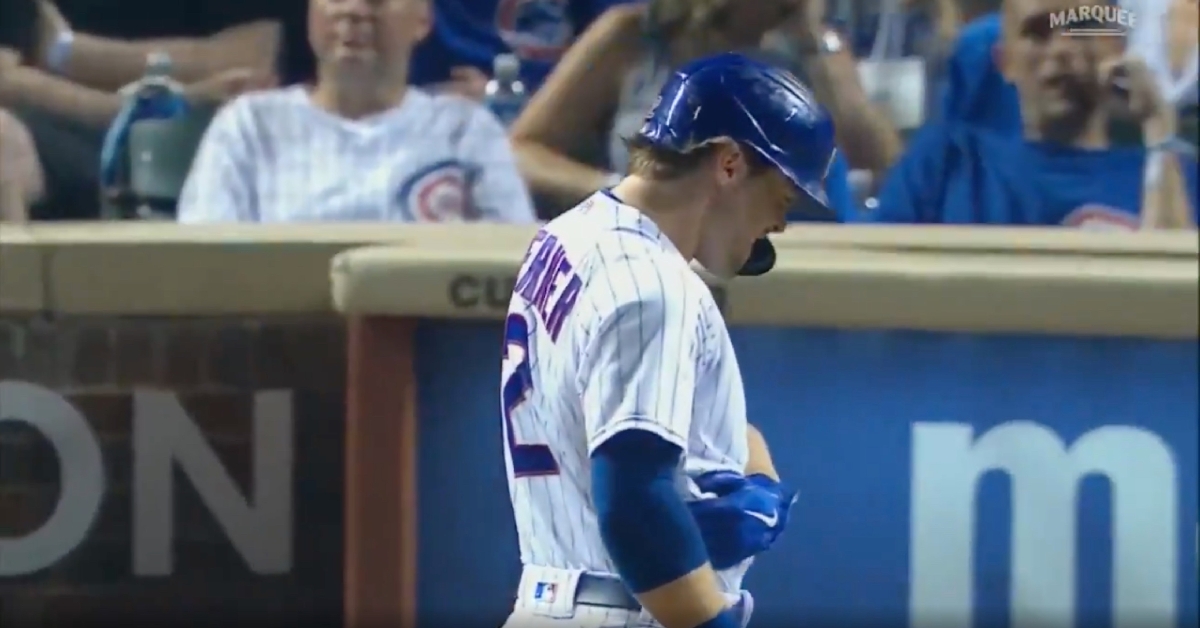 Gritting his teeth while gripping his right side, Nico Hoerner was in obvious pain at the end of a seventh-inning strikeout.

CHICAGO — Wincing in pain on a checked swing, Chicago Cubs middle infielder Nico Hoerner, who started at shortstop against the Cincinnati Reds on Wednesday, appeared to suffer an injury of some sort in the bottom of the seventh. Hoerner immediately grabbed at his right side, indicating a potential oblique issue, which would be far from ideal.

Although replay indicated otherwise, it was ruled that Hoerner went around on the swing and was called out on strikes as a result. Hoerner did not argue the call, though, as he immediately turned around and headed to the dugout, likely much more concerned with the pain in his side than a strikeout that took place with the Cubs losing 4-0.

Nico Hoerner seems to injure his right side after failing to hold up on a check swing strikeout in the 7th and has been pulled from the ballgame.@Cubs #GoCubsGo pic.twitter.com/WHAOanc96n

Hoerner was subsequently evaluated by a trainer before retreating to the locker room. Kris Bryant took over at shortstop in the National League Central affair at Wrigley Field, continuing his season-long defensive carousel. Bryant has now played six different defensive positions this year. He previously played one inning at shortstop in 2016.

UPDATE: Following the game, which the Cubs lost 8-2, it was revealed by manager David Ross that Hoerner experienced right oblique tightness.

Right oblique tightness for Nico Hoerner, according to Ross. #Cubs