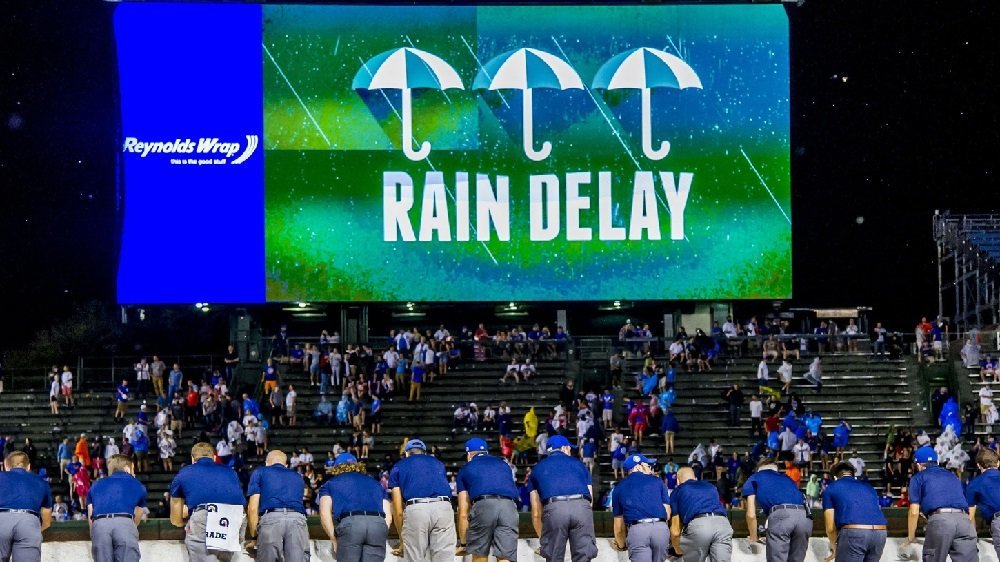 CHICAGO — With dark skies looming overhead at Wrigley Field, a rain delay commenced in the top of the fourth of the Atlanta Braves-Chicago Cubs matchup on Tuesday. Rain had not yet begun to fall at the Friendly Confines, but bad weather in the area was quickly heading Wrigley's way, which led to the tarp being unfurled across the diamond.

At the time of the weather delay, which began at approximately 8:20 p.m. local time, the Cubs trailed the Braves 5-0. There was no official timetable presented at the start of the rain delay regarding how long the weather-related intermission would take. It was later announced that play would resume at approximately 9:05 p.m. local time. The weather delay turned out to be precautionary, with no substantial rainfall taking place during the waiting period.

Tonight's #Cubs/Braves game is in a delay due to incoming inclement weather.

We'll update when we know what time baseball will resume. pic.twitter.com/cmoSSoc05E