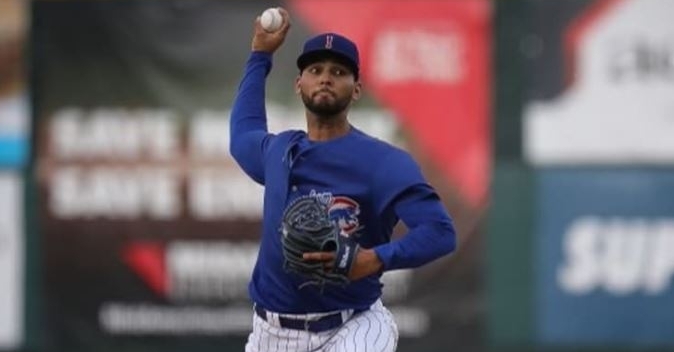 Arlington, Texas — The Texas Rangers announced the following transactions prior to Friday’s homestand opener against the Tampa Bay Rays:

Miller was designated for assignment by the Cubs on May 30, when the Cubs added infielder Sergio Alcántara to the team’s 40-man roster. Miller made his MLB debut with the Cubs in 2020, posting no record and a 5.40 ERA (3 ER/5.0 IP) over 2 games/one start spanning two total days on which the team had doubleheaders: August 17 and September 5. He was originally selected by Chicago-NL in the fourth round of the 2016 June draft out of California Baptist University.

Gibson is the Rangers’ scheduled starting pitcher for tonight’s homestand opener against the Rays. He was on the 10-day Injured List from May 22-June 3 for a right groin strain, and last pitched on May 21 vs. Houston. He has a 3-0 record with a 2.24 ERA (15 ER/60.1 IP) over 10 games/starts for the Rangers this season.

Wood, who has a mild UCL sprain in his right elbow, was placed on the 10-day Injured List on May 25, retroactive to May 23. The first date he would be eligible to return is July 22. Wood produced a 3.60 ERA (2 ER/5.0 IP) over 5 relief appearances for Texas during his lone stint on the active roster this season from May 15-22.

Following today’s transactions, the Rangers remain at the 40-man limit on the Major League roster, along with seven players on the 60-day Injured List.