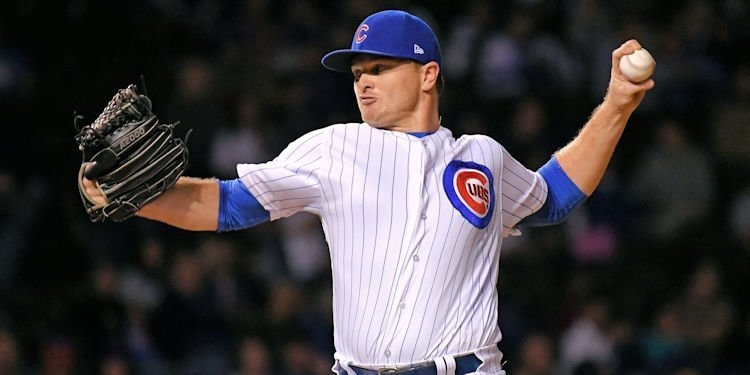 Justin Wilson was a flop for the Chicago Cubs' postseason run in 2017.

The veteran reliever was traded to the North Side along with catcher Alex Avila for two elite prospects Jeimer Candelario and Isaac Paredes. Wilson was sporting a 2.68 ERA with 13 saves with Detroit but floundered with the Cubs with a dismal 5.09 ERA in the second half of the season.

It went so unsuccessfully for Wilson that he was left off the NLCS roster by manager Joe Maddon. However, all recent lack of success has not scared away the Minnesota Twins as they are interested in acquiring the 29-year old lefty according to a report.

The Cubs would probably be open to trading him but they would more than likely want a package of prospects similar to what they gave up to obtain Wilson.

He was drafted in the fifth round by the Pittsburgh Pirates in the 2008 MLB Draft.