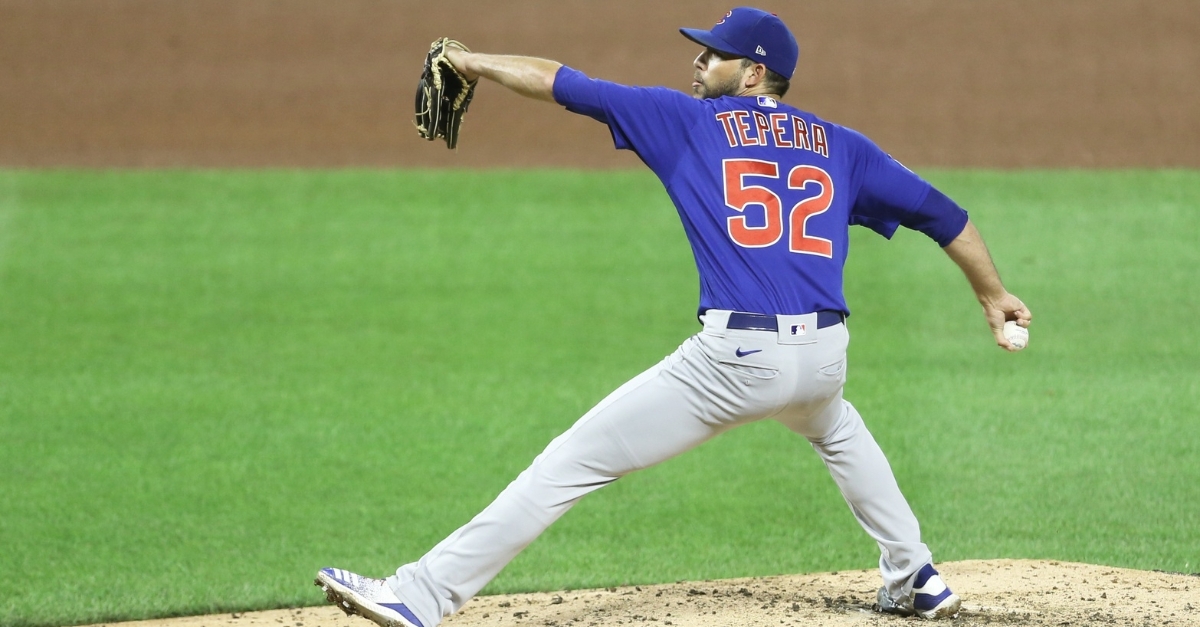 Tepera was exceptional in May (Charles LeClaire - USA Today Sports)

Tepera earned his first career monthly award and is the first Cubs winner since Carlos Marmol in September 2010. Overall,

Posted a 0.61 ERA across 14 appearances with the Cubs. Tallied 19 strikeouts without permitting a single walk, while only allowing a run on three hits over 14.2 innings pitched.

Finished his dominant month having not permitted a hit or walk while tallying a strikeout in seven consecutive outings of at least 1.0 innings from May 17th-29th. It marked the longest such streak in franchise history, and the longest by a Major League reliever since Kyle Crick in 2018-19.

Became the first hurler in franchise history to post a month in which he logged at least 19 punchouts without giving up a walk.

Recorded his first save of the season on May 27th against the Pittsburgh Pirates, and his first overall since pitching for the Toronto Blue Jays in 2018.

Appeared in 13 games for White Sox, converting all eight of his save opportunities. Did not permit an earned run and posted a 19:2 strikeout-to-walk ratio across 11.2 innings of work.

Enters play today having not allowed a hit in his last six appearances dating back to May 19th.

Recorded three saves from Sunday-Monday, becoming the first White Sox pitcher to record both saves of a doubleheader and the following day since Bobby Thigpen in July 1991. Became the first South Side hurler to convert saves in both games of a doubleheader since Jenks on September 4, 2010.

Became the fourth pitcher in franchise history to record at least eight saves while not permitting an earned run in a single calendar month, joining Dustin Hermanson (May 2005), Matt Karchner (August 1997) and Roberto Hernandez (April 1996).